No scrubs for Kacey Musgraves! The country superstar returned to Nashville's Ryman Auditorium on Wednesday for her "The Country & Western Rhinestone Revue" tour, and she gave the audience much to talk about. The 27-year-old put a spin on the TLC hit "No Scrubs" as well as had Sheryl Crow join her in front of the sold out crowd. 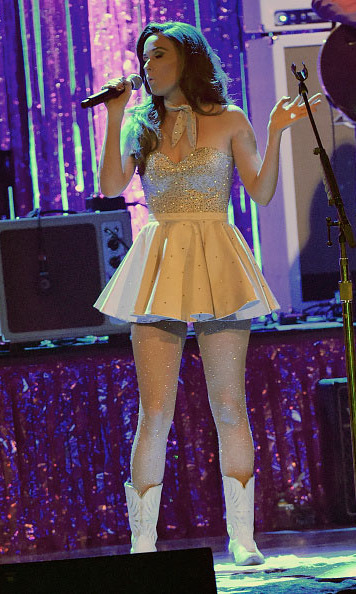 Bedazzled in sequins herself, Kacey danced around the stage that was also outfitted with sparkles and lights. During her set, the "Merry Go Round" singer also performed "These Boots Are Made for Walking."

With the help of Sheryl, who explained she was "just in the neighborhood," the duo sang "If it Makes You Happy," a fan favorite from 1996. "Thank you, @sherylcrow for joining us last night! You're the original badass guitar-slingin' boss lady! #IfItMakesYouHappy#RhinestoneRevue," she captioned the image of her sharing the stage with the music legend on her Instagram. 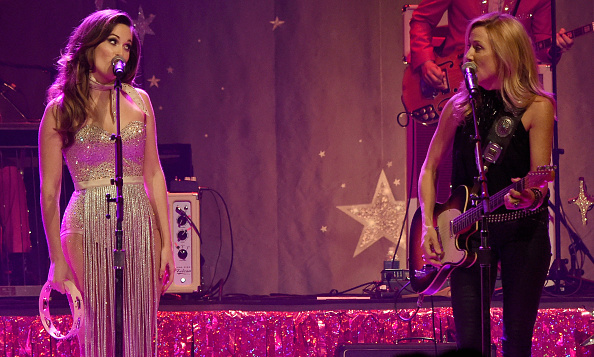 On Thursday, it was announced that the Texas native will join the Grand Ole Opry and Women Rock for the Cure in the fight against breast cancer. For the "Opry Goes Pink" concert set for October 27, Kacey will flip the switch on the Opry's signature barn and turn its backdrop pink.