There’s no denying Monaco is a playground for the rich and famous, but back in the old days, it also served as a destination for Hollywood royalty to mingle with actual royalty. Prince Albert, the son of American silver screen star Grace Kelly, spoke with Anderson Cooper for a 60 Minutes special, during which he recalled the famous faces who would drop by his home as a child.

Prince Albert revealed that Hollywood stars, like Gregory Peck, would party in Monaco with the royals

“I remember different parties and luncheons in the summer, where we'd have Frank Sinatra, Kirk Douglas, Gregory Peck come by,” Albert revealed. Anderson laughed, “It's nice to imagine Sinatra around here.” Princess Grace and Frank famously starred in the 1956 musical comedy film High Society together, along with Bing Crosby. While Monte-Carlo was a playground for movie stars, the "palace gardens" were Albert's as a child.

It’s no surprise that Hollywood A-listers would pop by the Monaco royal’s home given that his mother was an Oscar-winning actress. Albert’s parents, Princess Grace and Prince Rainier III, tied the knot in a fairytale wedding back in 1956. Like his glamorous parents, Albert and his stunning wife Princess Charlene continue to mingle with well-known faces today, including Leonardo DiCaprio, Sylvester Stallone and more.

During the taped interview, Anderson noted that many people refer to Albert, 61, as “the boss,” to which the royal replied, “My father was called the boss as well. I view it as an endearing term.” He added, “It's not an easy responsibility, no matter what the size of the country is.” 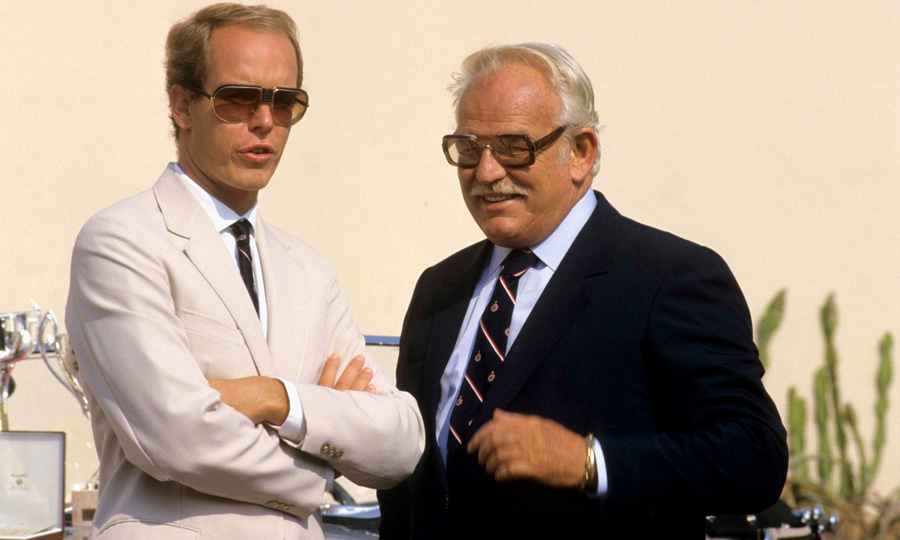 Like his father, Albert is referred to as "the boss"

MORE: Princess Caroline gets candid about growing up with Grace Kelly as a mom

Albert ascended the throne back in 2015, after the passing of his father. Addressing the famous quote that “Monaco is a sunny place for shady people,” Princess Charlene’s husband said, “At a certain period in time, it was a pretty accurate description. But that was that was a long time ago,” adding, “Monaco is certainly not a place like that anymore.”