Sylvester Stallone’s 70th birthday celebration was a knockout to say the least. The Rocky star celebrated his special day on July 6 in Monaco joined by his family and a royal guest of honor.

Monaco’s Prince Albert made an appearance on Wednesday night at the actor’s party held at Monte-Carlo’s La Trattoria restaurant. Sylvester shared a photo on Instagram of himself and Princess Charlene's husband shaking hands, looking like old buds. 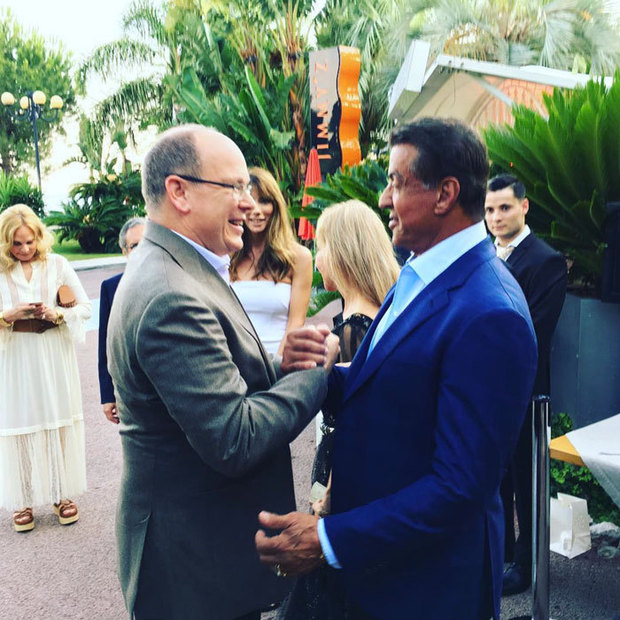 He captioned the photo, “I would like to thank the gracious Prince Alpert of Monaco [sic] and his wonderful people for making us feel so welcome on my birthday in his fantastic country.”

The party, according to Nice Matin, was thrown by Victoria and Issac Oberfeld, who are friends of the American actor. Sylvester was accompanied to the celebration by his wife Jennifer and two of their daughters, Sistine and Scarlet Stallone, in addition to 88 other guests who were in attendance, including singer Ricky Martin.

The Rocky Balboa actor was treated to a multi-tiered cake that was topped off with sparkler candles, while his guests were gifted with boxing glove bracelets. 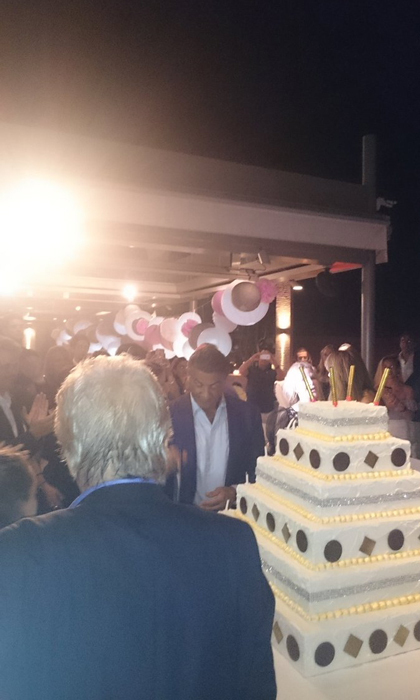 The birthday boy told reporters, "I'm here at my friend Victoria's invitation. It's a surprise for me. I didn't expect such an evening. I thought for my 70th birthday, she would have offered me a hamburger and fries."

As far as his surprise guest goes, Sylvester admitted to the newspaper, “It made me really happy to see these people especially Prince Albert."