Prince Albert was surrounded by loved ones at his recent birthday celebration. Princess Grace’s son, who turned 61 on Thursday, March 14, was joined by his and wife Princess Charlene’s twins, Prince Jacques and Princess Gabriella, at what appeared to be an intimate gathering for Monaco’s reigning monarch. Charlene took to her personal Instagram account to share photos from the festivities. Alongside the sweet pictures, the former Olympian penned, “Happy Birthday,” adding cake, heart, and balloon emojis. 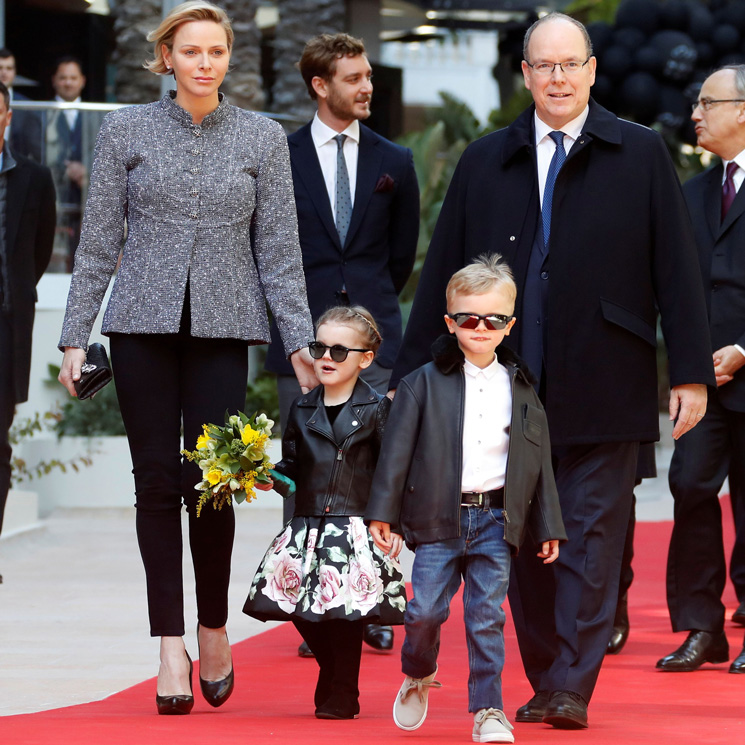 Prince Albert celebrated his 61st birthday with his family

In the tender images, Albert is pictured sandwiched between his four-year-old son and daughter. Jacques, who is the heir apparent to the Monegasque throne, sweetly sat on his father’s lap, while an enthused Gabriella sat beside Albert gazing at the birthday cake. The little Princess could not contain her excitement over the delectable-looking dessert that featured two sparklers and two smaller candles.

GALLERY: GRACE KELLY AND MORE ROYALS WHO WERE BORN IN AMERICA

Albert looked sharp for the joyous occasion, dressed in a striped button-down shirt and blazer. The Monaco royal appeared to be in great spirits with his youngest children. Charlene and Albert, who tied the knot in 2011, welcomed their twins in 2014.

Princess Charlene often shares photos of her adorable son and daughter on social media, including pictures of them on family trips and back to school pictures. Albert has previously opened up about creating a sense of normalcy for his kids despite their royal status. In a 2017 interview with Graham Bensinger, Albert said, “It comes in different ways and different forms. First of all you have to try and spend as much time as you can with them and to play with them and to make them feel comfortable around their surroundings. It’s hard to do in this palace where there are a lot of people walking around.”

Princess Caroline's brother added, “We’re very lucky to have another property that is up the mountain, not too far from Monaco but far away enough to be in a wonderful natural surrounding with a farm, with different areas where they can play and where they can learn about nature, and where they can see animals and have a great environment in which to grow up in.”