Nicole Kidman and her Big Little Lies co-star, Zoe Kravitz have one very special common denominator, Lenny Kravitz. The 49-year-old star revealed new details about her relationship with the rock star, who is Zoe's father. “Well, I knew Zoë because I was engaged to her father," the Lion star told Net A Porter's The Edit magazine. "It’s all in the family! I love Lenny; he’s a great guy.” Nicole and Lenny had a highly-publicized relationship in 2003, following her divorce to then-husband, Tom Cruise and before tying the knot to Keith Urban in 2006. 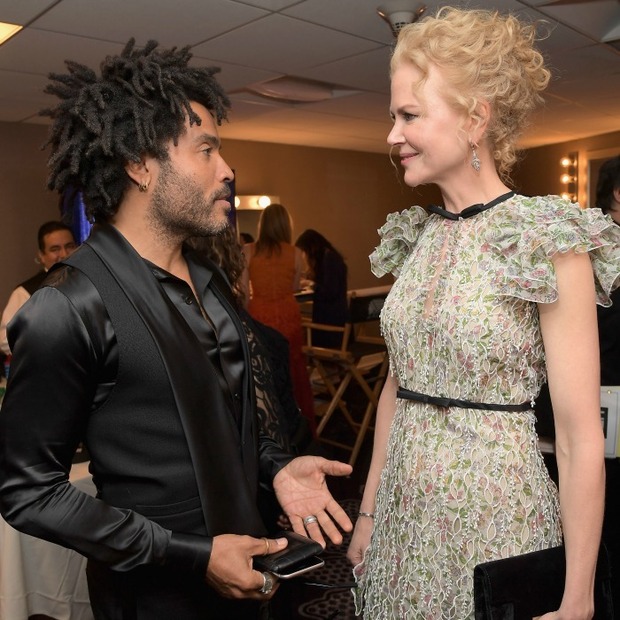 Nicole revealed she was engaged to Lenny Photo: Charley Gallay/Getty Images for dcp

After their run in at the 2016 Hollywood Film awards last November, it was apparent that Nicole and Lenny have no bad blood even though they did not make it down the aisle. In her new HBO series, art does not imitate life for the actress. Nicole plays a married woman in a violent relationship, a role she admits was kind of tough on her husband Keith, who shares two daughters with the actress to deal with. “I was emotionally and physically traumatized," she told the magazine. "I’d come back and I’d need Keith to hold me, just to feel soothed.” 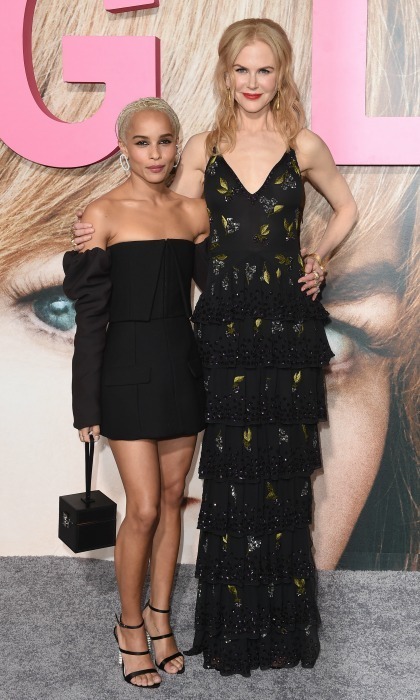 MORE: Why it took Keith Urban to four months to ask Nicole out

She continued: "He doesn’t like it, but he’s an artist so he understands. And people have to live it so I should be able to act it, you know? That’s how I always see those things. The loss of a child, so many people in this world are going through that – the least I can do is act it with the deepest, most real truth I can find, and give that to them as a way of reaching out. Compassion, if that makes sense. It’s my way of connecting.” Although the pair were able to connect with their artistry, Nicole shared that there are particular moments where she and her husband of ten years don't see eye-to-eye. "I also have a thing where—with Keith actually—where I call him and I know it’s terribly demanding but if he doesn’t answer and I have to keep calling back and calling back I get anxious," she told W magazine about her pet peeve. "So I don’t like that. Does that make me high maintenance?"