President Barack Obama may be one of the most powerful men in the world, but it's the women in his life that are being named influential. His daughters Malia and Sasha were among Time's 25 Most Influential Teens of 2014, something mom Michelle Obama thinks is funny.

"I don't know why — they're not influential, they just live here!" she joked about the White House on Live! With Kelly and Michael on Monday. "They have done nothing to gain any influence." 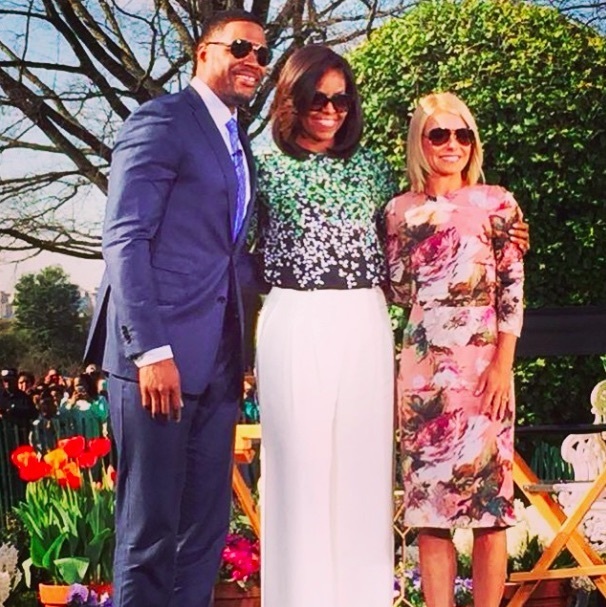 Though only teenagers, many look up to the young girls even if they're not aware of their status. "I don't think they even realize that they're influential," added Michelle. "I don't think anybody showed them that article, so don't mention it!"

In fact, the First Lady discussed how normal her daughters are, saying they even talk back to their famous parents. "Their sarcasm is starting to come back on us," she added. "When they get a little snarky, I'm like, 'Oh, you sound like your dad.'" And Malia has also learned how to drive recently. "I've got a 16-year-old driver," the mom-of-two said. "I warn people, 'Look out D.C.'" 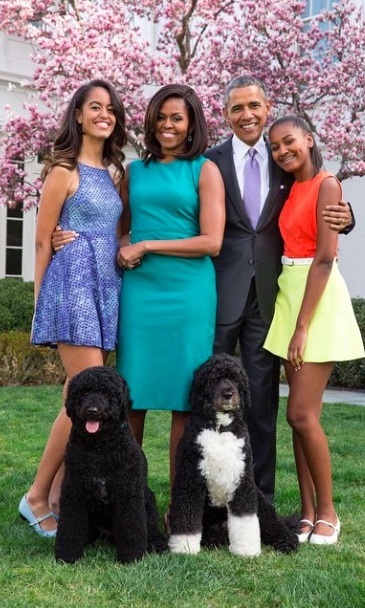 The First Family posed for an Easter picture Photo: Instagram

Though she may not think her daughters are influential, Michelle certainly is being recognized on the cover of Glamour magazine’s Power Women issue alongside Sarah Jessica Parker and Kerry Washington. The unlikely trio has come together to support the Joining Forces initiative that helps veterans struggling with Post Traumatic Stress Disorder and employment after service. 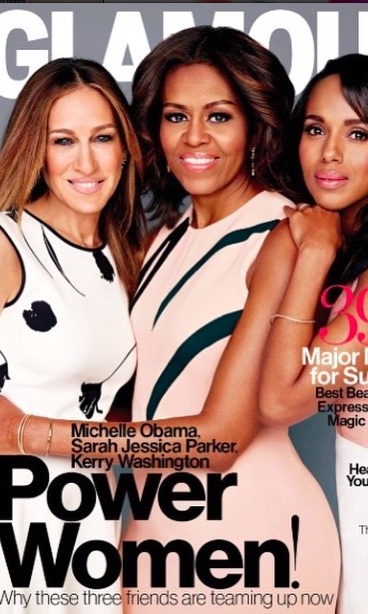 Michelle is on the cover of Glamour magazine with Sarah Jessica Parker and Kerry Washington Photo: Instagram

"When we do come across someone who is struggling... we have to develop a culture of open arms and acceptance so that they feel comfortable saying, "I'm a veteran. And by the way, I need little help," Michelle told the magazine. "It's always positive to hear how many people are willing to step up — whether it is the employment community, mental health community, or medical community.... The response is always yes."

Watch Michelle Obama talk about her daughters below: