Mother, wife, Oscar-winning actress, filmmaker, humanitarian and now college professor. Angelina Jolie has added a new role to her already lengthy resume by joining the London School of Economics as a visiting professor for the university's Centre for Women, Peace and Security.

The 40-year-old will be one of four visiting professors for the London school's new masters course on women, peace and security, which is the first program of its kind internationally. 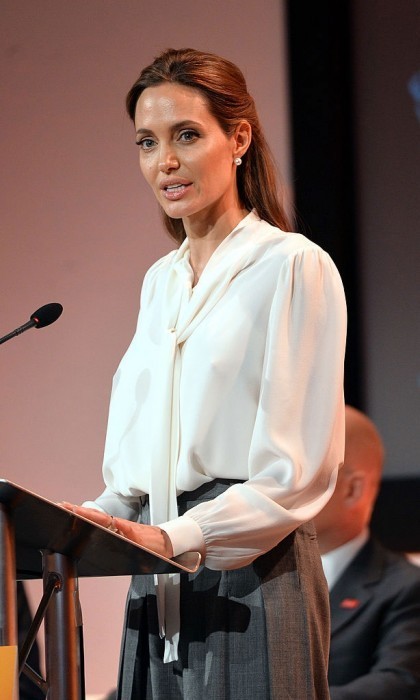 During the one-year program, which commences autumn 2016, Angelina will deliver guest lectures to students, participate in workshops and public events, in addition to conducting her own research.

“I am very encouraged by the creation of this master’s programme,” she said in a statement. “I hope other academic institutions will follow this example, as it is vital that we broaden the discussion on how to advance women’s rights and end impunity for crimes that disproportionately affect women, such as sexual violence in conflict.”

Angelina, who works as a special envoy for the UN High Commissioner for Refugees, continued, “I am looking forward to teaching and to learning from the students as well as to sharing my own experiences of working alongside governments and the United Nations.” 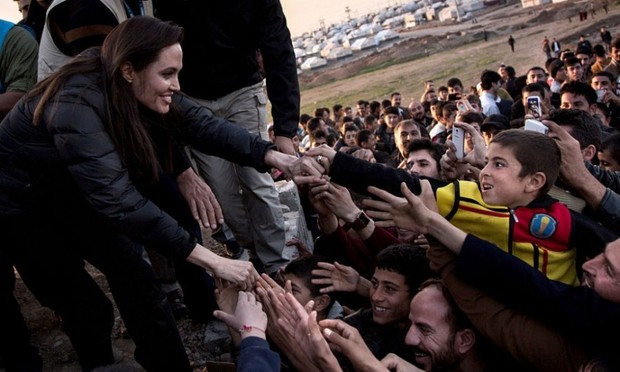 According to a statement from the London School of Economics, the visiting professor position, which is unpaid, is offered to individuals who have appropriate distinction within their area of (non-academic) practice.

The Centre for Women, Peace and Security was launched back in February 2015 by William Hague, Britain's former foreign secretary, who will also serve as a professor, and Angelina — both of whom co-founded the Preventing Sexual Violence in Conflict Initiative.

Angelina has worked with the United Nations for 14 years and it appears her children — Maddox, Pax, Zahara, Shiloh, Knox and Vivienne — whom she shares with husband Brad Pitt, could follow in her footsteps to pursue humanitarian work. Shiloh has previously accompanied her mother to a camp for Syrian refugees in south-east Turkey to mark World Refugee Day. The nearly 10-year-old (May 27) made a powerful political statement earlier this year wearing a sweater emblazoned with the words, "Einstein was a refugee" while traveling with her mother.