Beyoncé is the star of The Lion King, but it’s her daughter Blue Ivy Carter who steals the spotlight in the Queen’s latest video. Bey and Jay-Z’s seven-year-old daughter proudly appears next to her mother in the visuals for her latest single Spirit. Blue makes her powerful debut as she stuns in a gorgeous pink gown while walking across the desert to grab her mother’s hand. Blue’s tiny but powerful presence is celebrated as she appears in multiple scenes next to her mother. 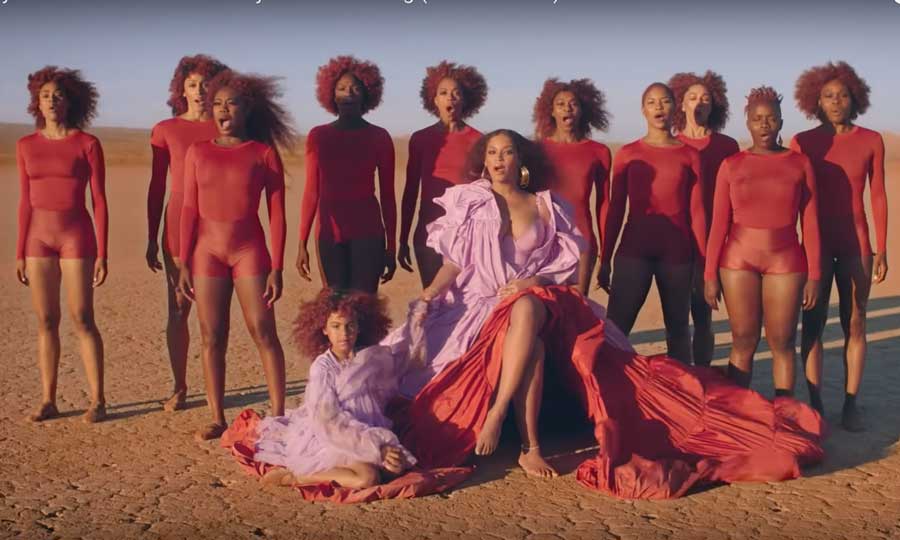 The majestic video features the Queen dancing in a variety of colorful gowns (and a waterfall) around an African landscape. It’s not the first time that Blue has appeared alongside her parents in a music video. The little Carter had scenes in both the Family Feud and Formation videos. Blue also stole the show when she walked alongside her mother at the Los Angeles premiere of the Lion King. Blue Ivy stans would be proud to learn that Rumi and Sir’s big sister has credits on The Lion King: The Gift soundtrack.

Royalty! Beyoncé and Meghan Markle have this sweet reaction when meeting for the first time

Beyoncé revealed that her daughter has credits on the song Brown Skin Girl. Blue makes an appearance on the album alongside Kendrick Lamar, Pharrell Williams and Jessie Reyez. The Lion King: The Gift, was produced by the Queen – who voices Nala in the film. When talking about the album, the Sorry singer shared that it is an ode to Africa. 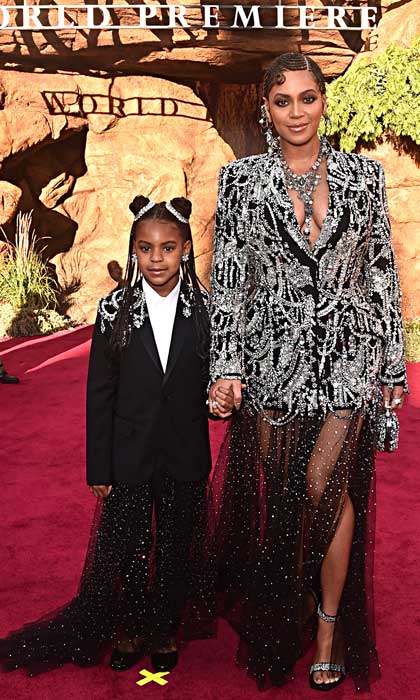 "This soundtrack is a love letter to Africa and I wanted to make sure we found the best talent from Africa and not just use some of the sounds and bring my interpretation to it,” she told Robin Roberts. "I wanted it to be authentic to what is beautiful about the music in Africa.” Watch the Spirit video here.