Meghan Markle once joked on social media that carrying hot sauce in her bag was “the closest I will ever come to channeling @Beyonce.” Little did she know that three years later she would be meeting Queen Bey herself, and that the Single Ladies singer would have nothing but kind words for her. “They are so sweet,” Beyoncé told reporters after speaking with Meghan and Prince Harry on Sunday, July 14, at the UK premiere of Disney’s The Lion King. 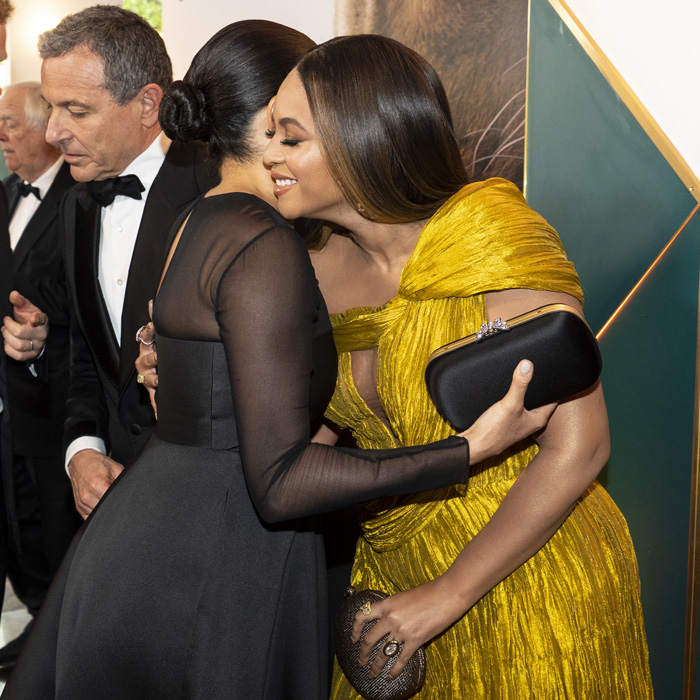 Meghan, who used to reference the American singer on social media, finally met Beyoncé on July 14 at the UK premiere of The Lion King

The Grammy winner and husband Jay-Z chatted with the Duke and Duchess of Sussex at the premiere in London. Beyoncé greeted the former American actress by calling her “my princess,” before discussing the couple’s bundle of joy, Archie Harrison. “Your baby is so beautiful,” the Halo singer told Meghan. “We love you guys.”

MORE: Is Meghan Markle going to be writing for Vogue?

Harry revealed one of his son’s latest milestones to the American couple. The proud new dad shared that Archie is already starting to hold his neck up. The Duke also admitted that his baby boy is “not so little anymore.” According to royal reporter Rebecca English, Jay-Z gave the new parents some advice. The rapper told the Duke and Duchess, "The best advice I can give you, always find time for yourself." 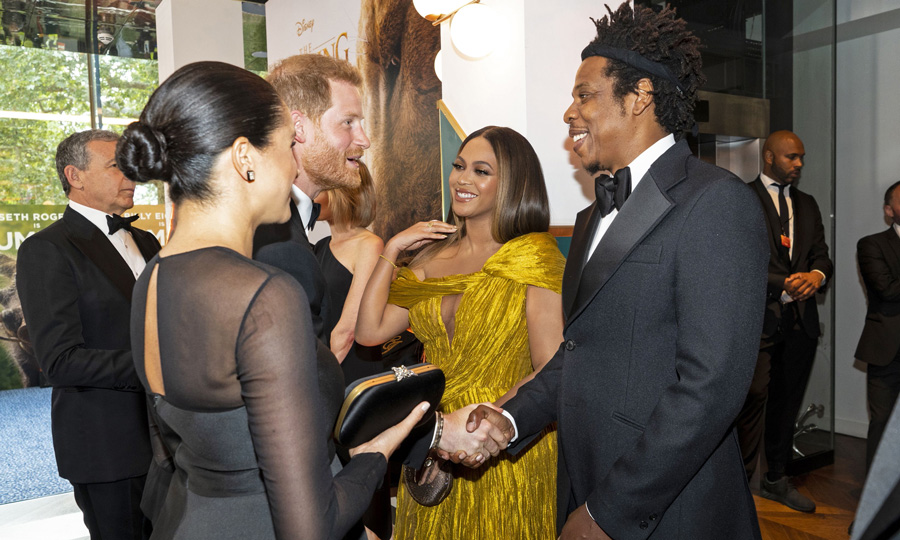 While Meghan has been a Beyoncé fan for a long time, the singer also admires the Duchess. Earlier this year, the Formation artist paid tribute to Meghan while accepting the Brit Award for Best International Group with Jay-Z. The couple filmed their acceptance speech in front of a portrait of Meghan wearing a tiara.

In celebration of Black History Month, the Grammy winner also honored Prince Harry’s wife on her website. "She became the Duchess of Sussex following her marriage to Prince Harry of the British royal family in May 2018, becoming one of the few Black women to join a royal family," Beyoncé wrote.

She continued, "Meghan brought many Black traditions to her Royal Wedding including a Chicago-based Black pastor, an amazing gospel choir, and a young Black cellist. At the wedding her culture was front and center, and she and Prince Harry have continued to push the race relations dialogue forward both near and far."