Although they had never met in person before, Meghan Markle and Beyoncé have shared a long-time admiration for each other. And on Sunday, they finally had the chance to meet at the star-studded premiere of The LIon King in London. Beyoncé, who is the voice of Nala in the live-action remake, and her husband Jay Z greeted the Duke and Duchess of Sussex like they were longtime friends, and it looks like we might see a royal play date soon! As the Carters are parents of three young children, Meghan and Harry's infant son Archie Harrison was one major topic of conversation. “The baby is so beautiful,” the Single Ladies singer said to Meghan with a tender smile. “We love you guys.” 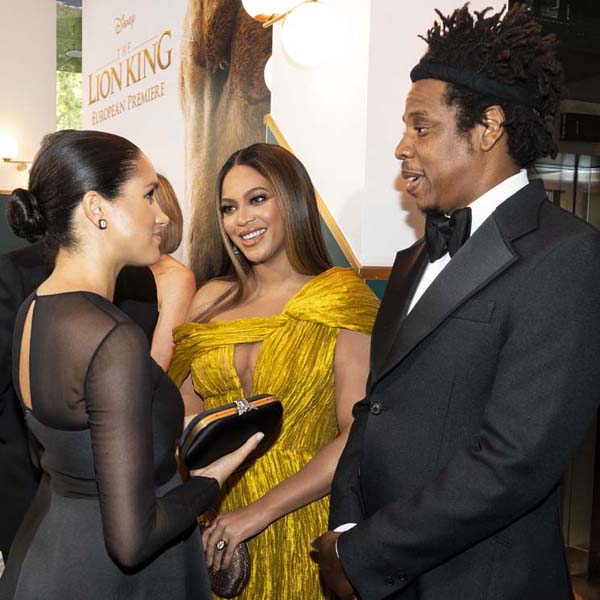 Beyoncé and Jay-Z are Meghan´s number one fans: "The baby is beautiful, we love you guys," they said to the Duchess on Sunday

Jay Z also congratulated Meghan before the royal introduced the famous couple to her husband Prince Harry, who arrived seconds later to join the group. “You've been rather busy,” the Duke joked, to which hip hop mogul Jay Z replied, “Congratulations on the birth of your baby.”  Beyoncé and Jay-Z are proud parents of 7-year-old Blue Ivy and welcomed twins Rumi and Sir last year. With credentials like those, it's no wonder they had some tips they wanted to share with new parents Meghan and Harry! When the Duke of Sussex asked about the Carters' little ones, Beyoncé explained: “They're not here! They don't come on every trip, but they would have loved to!” Jay-Z added, “The best advice I can give you, always find time for yourself.” 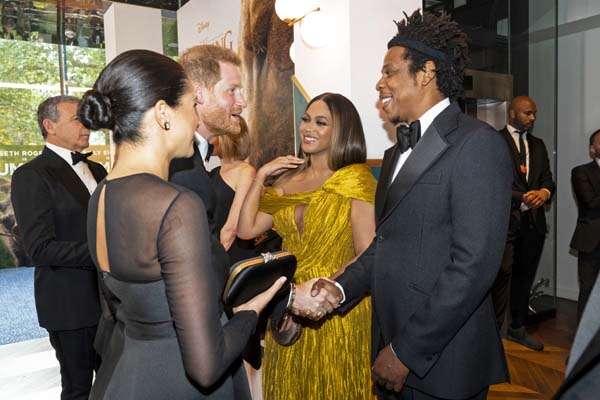 It doesn't look like the royal couple will follow the Tidal boss' advice anytime soon – at least when it comes to royal engagements. Meghan and Harry recently announced their first official tour to Africa as a family for the fall, so Archie will be joining them on the royal visit. 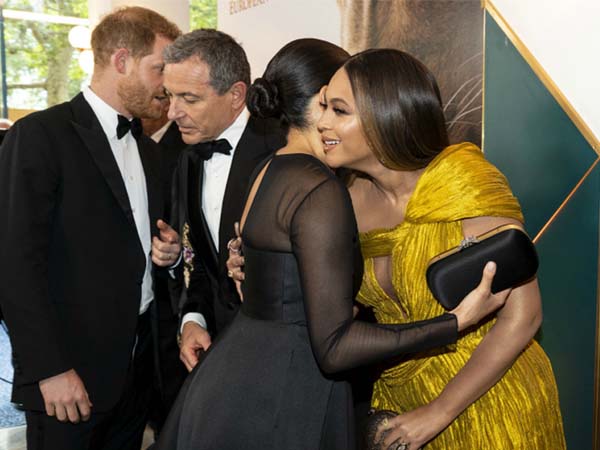 The highly-anticipated Sussex-Carter summit happened some months after Beyoncé and Jay-Z paid a very special tribute to Meghan. In February, the music couple was crowned as Best International Group at the BRITS and, while they couldn't pick the award up in person, they shared a video to thank the organization where a beautiful portrait of Meghan in a tiara and a royal gown could be seen in the background. That was the first time they congratulated the Duchess: “Congrats on your pregnancy. We wish you so much joy,” they wrote on the post. Little did they know they'd be able to do it in person just months later!