Fashion Week has officially kicked off in New York City meaning you’re about to be hit with all things fashion content. The Daily Front Row Fashion Media Awards took place on Thursday, September 6th where stars like Zendaya, Kate Moss, Emily Ratajkowski and more gathered at the Rainbow Room in Rockefeller Plaza and were given awards for their contributions in the fashion industry. Among the A-listers was Indya Moore, who not only made an impactful fashion statement, but also highlighted the plight happening within the transgender community. 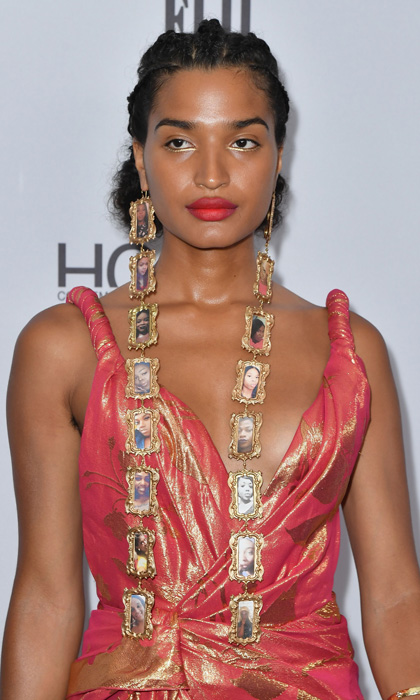 The 24-year-old stunned in a gorgeous red and gold dress by Oscar de la Renta, but it was her earrings that truly caught people’s attention. In honor of 17 transgender women who lost their lives this year, Indya chose to spread awareness by wearing 16 framed portraits featuring these women. With the help of her stylist Ian Cogneato, jewelry designer Areeayl Yoseefaw created a custom version of the "keepsake" earrings she first made in honor of Indya’s late godmother.

MORE: These Colombian supermodels are representing their country and culture through fashion

Sadly, ahead of the event, Baily Reeve's life was taken, and because there was no time to add her portrait to her earrings, Indya decided to carry a portrait of the 17-year-old victim.

Aside from the abounding glitz and glamour, the Pose star’s time at the podium was one of the most impactful moments of the star-studded night. The transgender activist gave the most powerful acceptance speech for her Cover of the Year award for Elle. "As you all know, or not, I am black, and I am trans," she began. 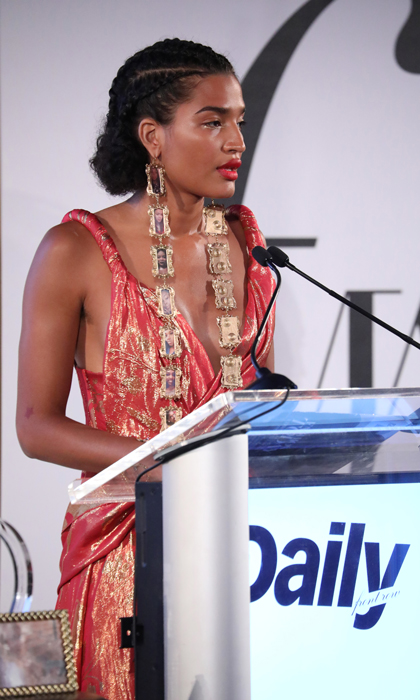 "Right now the Supreme Court [is] voting on whether or not trans people can access employment, shelter, and healthcare in the same ways that you all have access," she continued, "making it a difficult time to celebrate being celebrated for being myself."

Referencing Baily’s tragic death, Indya continued, “I’m grieving with her family. She would make the 17th, and youngest-known black trans female murdered this year by gun violence.“ She added, “Just like me these women dared to exhaust their freedom to exist by being visible. However, instead of being celebrated they’re punished for it.”

The brunette beauty went on to thank every person that made her cover possible including her parents, manager Lisa Calli,  and the glossy's editor-in-chief Nina Garcia.

Check out her complete speech here.