For a look at more exclusive photos from our LatiNext issue, pick up the October edition of HOLA! USA - available to subscribers now and on newsstands September 13. Subscribe today!

New York may be the fashion capital of the world, but when it comes to talent, Colombia is in the house. Models Elayne and Andrés Felipe Mosquera, who share their last name but aren’t related, are representing their country and culture through spreading awareness in the worlds of fashion and modeling. Although the Medellín natives established their friendship only a couple of years ago, the pair are on a solid mission to start the movement that celebrates inclusion. Together, Elayne and Andrés are putting their best foot forward in representation of Afro-Latinos. 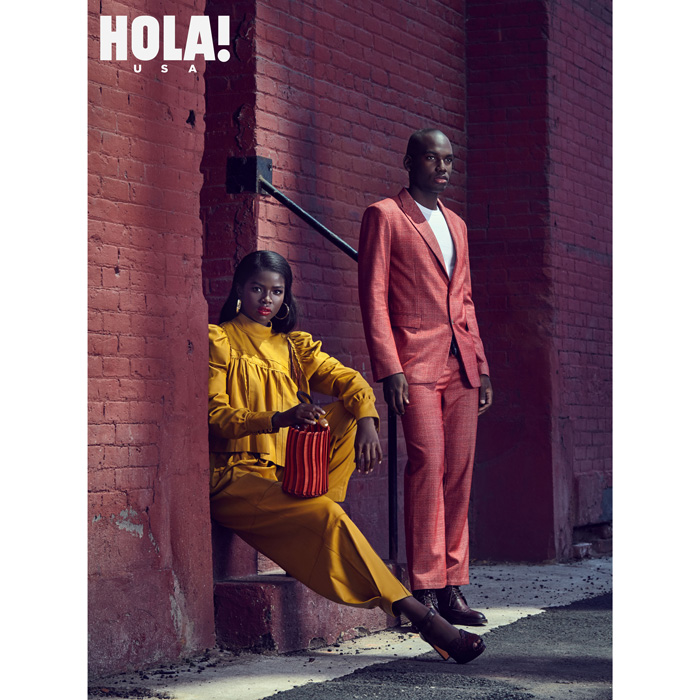 The Colombianos are changing the game in the fashion industry

Speaking to HOLA! USA, Elayne revealed that her secret for conquering catwalks throughout New York, Latin America and soon Paris, Milan and London, lies on “never feeling the prettiest but the most powerful in the room.” The Latina beauty confessed growing up she couldn’t relate with the world’s ideals of beauty, however, those ideals were what inspired her to make for change. “I seek recognition not for creating aesthetics but rather for breaking paradigms,” she shared.

In accordance with his friend and fellow colleague, Andrés added that, “diversity plays a key role because it is not only necessary to represent the Afro-Latino force, but also to celebrate the colors of a country.”

Growing up, the duo never imagined they would be spreading awareness through modeling. Elayne had an interest in sports, and Andrés grew up with low self-esteem because, “in school I was always the tall one, the skinny one, the one who didn’t fit,” he said. But it was precisely that look which made scouts reach out to him.

Fast forward to today, and the two are forces of change and sources of inspiration for future stars. “We are going through a crucial moment in the industry where at last the doors are being opened to transgender people, to different races, to other ways of seeing the world, allowing to find beauty in what is different,” conveyed Andrés and Elayne.