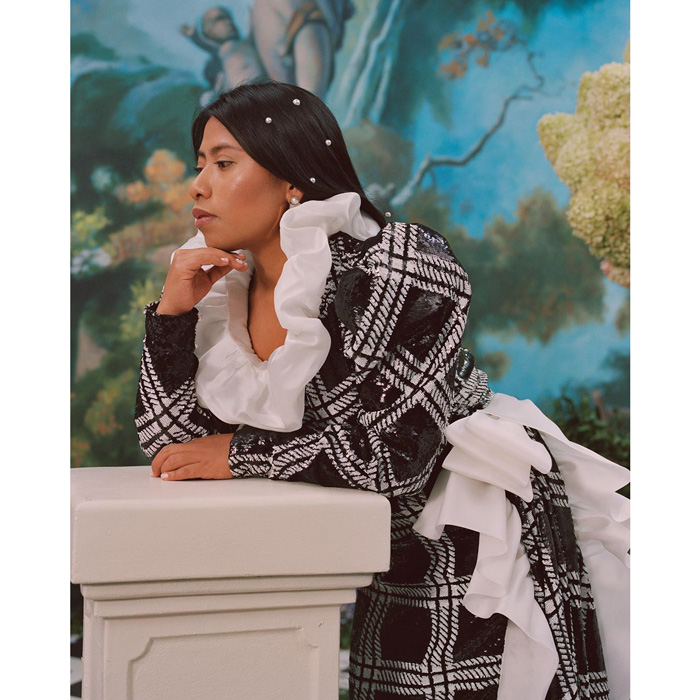 “As we’ve become more confident and comfortable in our design voice and really seeing what our personality is within the design world, it’s been really nice to think artistically about creating a world behind each collection,” said Laura, one half of Rodarte. “We wanted to create painted portraits. In the end the images have that quality, not knowing whether or not someone has been painted or photographed.” 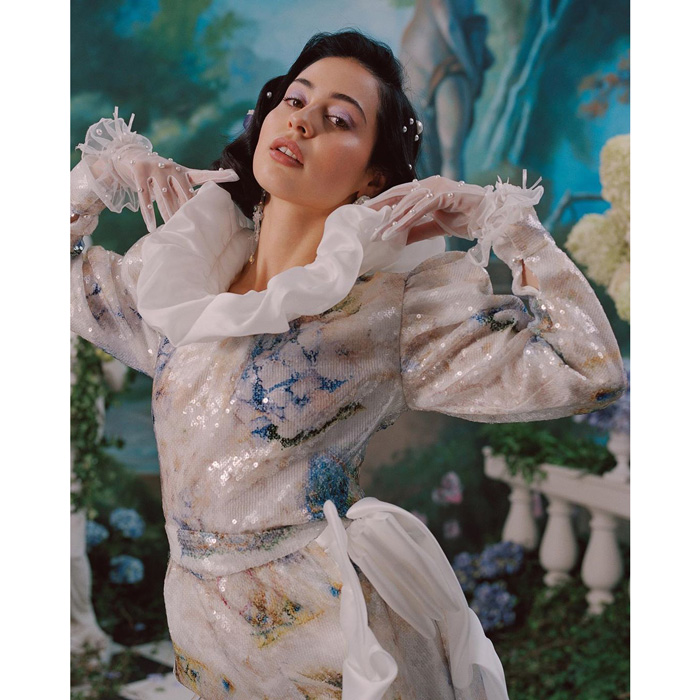 This isn’t the first time the Oscar-nominated actress stars in a high fashion shoot. Yalitza appeared on the cover of Vogue Mexico’s January 2019 issue and later stunned alongside her Roma co-stars Marina de Tavira and Jorge Antonio Guerrero for a menswear-inspired fashion editorial for Bad Hombre magazine.

Like Yalitza, Alexa has also had her fashion moment in Vogue Mexico where she modeled a series of haute fashion and beauty looks and opened up about how her Latin roots motivate her.

Showcasing Latina talent for their new campaign is major as Kate and Laura chose women that inspire them and that they look up to. Bravo, Rodarte!