The evening of Tuesday, April 23 hosted the 2019 Time 100 Gala and the world’s most influential people were celebrated at Lincoln Center in New York City. The star-studded event was just as glamorous as you’d imagine with pioneers and iconic artists who have all made a mark in the past year. Among them was game-changer Yalitza Aparicio, whose rise to stardom and  Academy Award nomination for a leading role continues to influence. Nonetheless, the star has moved on from her role as Cleo in Alfonso Cuarón's Roma and is ready for new and exciting projects. 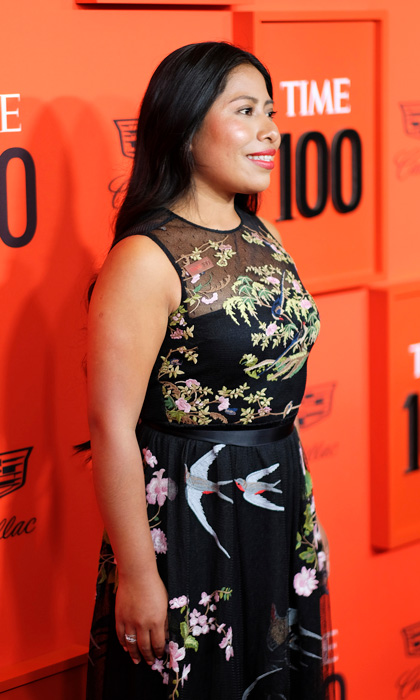 Yalitza stunned on the red carpet in REDValentino

Moments before she was honored by Alfonso, HOLA! USA had the opportunity to catch up with the Mexican trailblazer during the red carpet. Yalitza appeared looking gorgeous in a black floral embroidered gown by REDValentino. During the months leading up to the Oscars, the Oaxaca native stunned in one look after another thanks to her stylist Sophie Lopez, who’s also a stylist and friend to Kate Hudson. When asked what fashion advice Sophie has given her, Yalitza said she's encouraged her to step out of her style comfort zone. 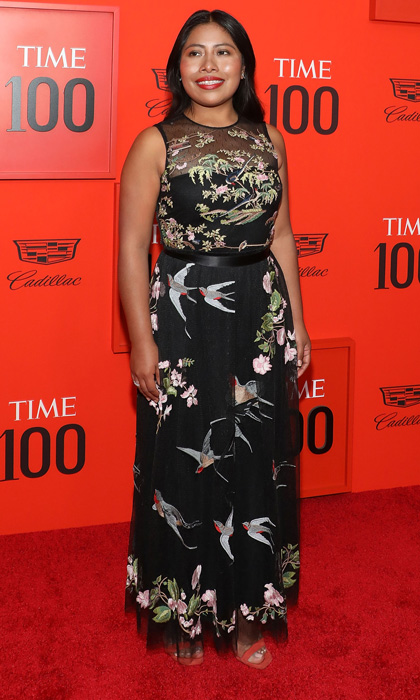 "A tip she [Sophie] gave me was to take risks by playing with colors because I wouldn’t go outside of black and white or solids - no prints,” said the 25-year-old. "And so she told me that it's always good to take a risk and go with something different." In the months leading up to the Oscars, the former educator stunned in bold and vibrant hues as well as pretty pastels like the beautiful mint green gown by Rodarte she wore that special evening.

As for what's currently on her agenda? The Oscar nominee explained exciting things are coming, but we’ll have to sit tightly until she's ready to reveal what lies in her future. "There are some projects that are on the horizon. Once the results take in effect then I will open up about them,” she explained.

"In the meantime, I have been working with some organizations that support mother tongues, the rights of domestic workers and women’s rights. These are things that I feel have great importance and that we must all work on them. I’m taking advantage of the fact that I am here and that I have the opportunity to send the message to society." Bravo, Yalitza!