Camila Cabello and Shawn Mendes, a.k.a Shamila hit it out of the ball park with their stellar performance of hit single Señorita at the MTV VMAs on Monday, August 26. The duo performed onstage for the first time and teased us into thinking they’d kiss (womp, womp). Shawn looked handsome as ever (can we talk about that flawless skin?). Meanwhile Camila dazzled in a head-turning dress which featured close to 3000 crystals thanks to NYC-based brand A-Morir. Eager to learn more, Hola! USA spoke to Kerin Rose Gold, designer of the luxury eyewear label who’s bedazzled celebs like Rihanna, Lady Gaga and Katy Perry. 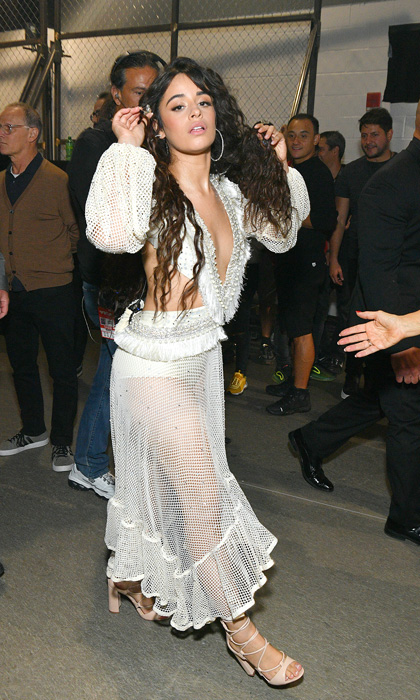 The Havana singer looked tropics-ready in a custom mesh dress with sheer balloon sleeves and flirty ruffles. "I only added crystals to the dress, which was by PatBO." Talking about the time it took to add the crystals to Camila’s dress Kerin said, “It was super important for me to make sure the crystals were on the fishnet perfectly, so somewhere between 8 and 9 hours." That’s a full day of work!

Take a closer look at her ensemble and you’ll notice each sparkly stone was carefully placed to create her dress' whimsical, sparkly illusion. "A-Morir Studio is the go-to place when the best in the world need to shine, so Camila’s styling team knew they were in good hands," added the celebrity-famed designer. 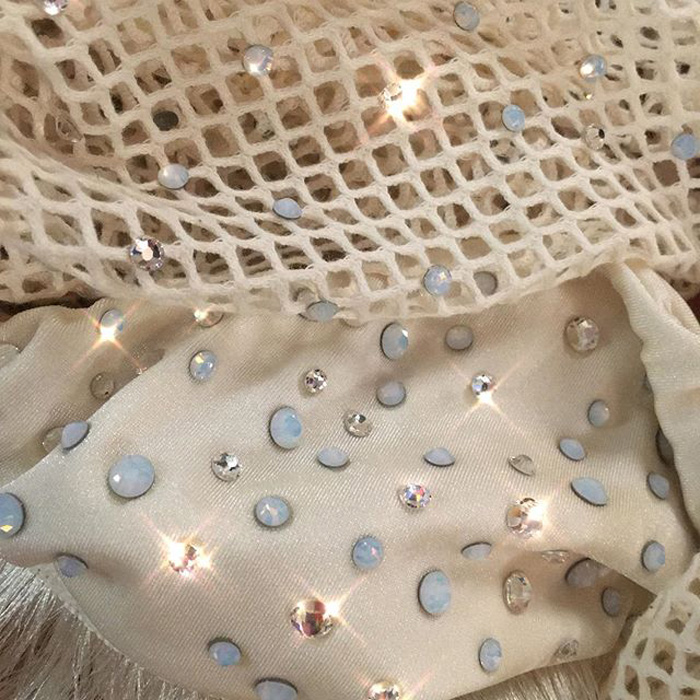 The custom dress by PatBO had around 3000 crystals

Aside from the Cuban beauty, the studio crystallized a couple of other A-listers that night. Taylor Swift was beaming in thigh-high boots which she teamed with custom Atelier Versace. Her boots were “covered in thousands of crystals ranging from small to teeny tiny,” according to A-Morir. Her golden boots worn during her performance of You Need to Calm Down also got the dazzling touch with crystal-embellished heels. Furthermore, the studio recreated the futuristic Alain Mikli crystal glasses from The Rain video for Missy Elliott’s epic performance.

If you missed the MTV VMAs on Monday, August 26, then we suggest you catch up on them here!