If there’s someone that’s going to wear a $35,000 metallic handbag for running errands on a Tuesday, it’s Kim Kardashian. The 38-year-old reality TV star stepped out wearing an oversized purple t-shirt dress, white Yeezy sneakers and a Dior x Sorayama Saddle bag made entirely out of metal while out and about in Malibu. The exclusive handbag debuted at the Dior Men’s Pre-Fall 2019 show where A-listers such as David Beckham, Bella Hadid and Kate Moss were sitting front row. What’s more, the bag is ultra-exclusive as there are only ten that exist! 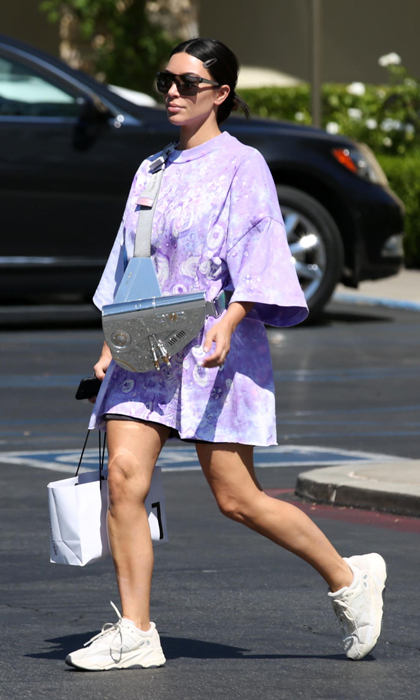 This unique rendition of the iconic saddlebag is a special collaboration with Japanese artist Hajime Sorayama who in the past has worked with Thierry Mugler and other brands ranging from Juun.J to Forever 21. The robotic-like structure features futuristic design elements including a shiny chrome facade and headphone jack tassels.

Through the past years, we’ve seen that the Keeping Up with the Kardashian’s star loves to experiment with her fashion choices. While she kept the rest of her outfit appropriately lowkey for running around the city (we can relate), she upped the ante with one single accessory, which we all know can instantly elevate any look. Especially if it’s an accessory that will cost you the same price as a brand new car (now that, we can’t relate too). 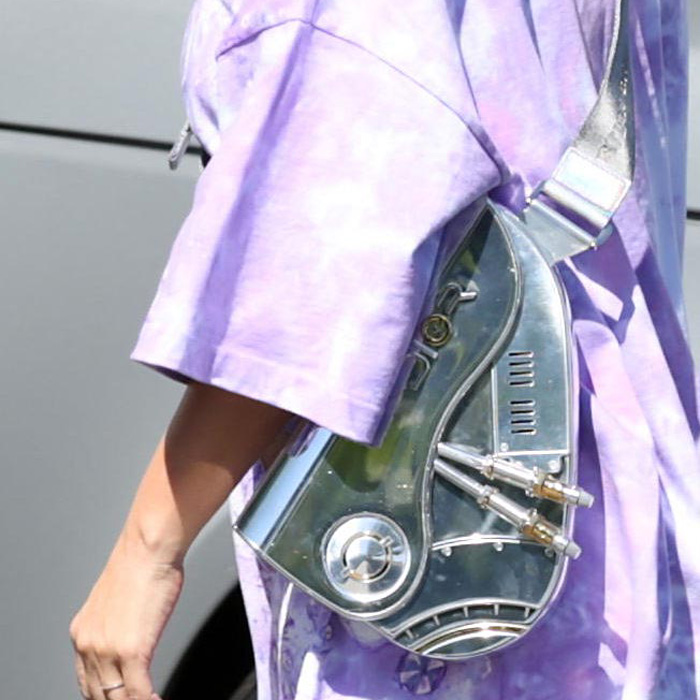 Just a week before stealing looks with her unconventional handbag choice, the mother-of-four carried her essentials in yet another controversial carryall. This time it was a tiny black croc top handle bag, which frankly looks like it can only fit the absolutely bare essentials and nothing more. However, that’s probably the last thing the KKW Beauty founder needs to worry about.

Kim K. is never one to back away from the spotlight, and this metallic number definitely puts her out there!