Kate Middleton made a sunny appearance at Wimbledon on Thursday. The Duchess of Cambridge was a ray of sunshine stepping out in a vibrant yellow Roksanda Ilincic dress to watch the women's semi-finals in the Royal Box.

For her highly anticipated trip to the tennis championship, the mom-of-two wore her glossy locks down into loose waves. Kate completed her winning look wearing nude court shoes and a white tote bag. 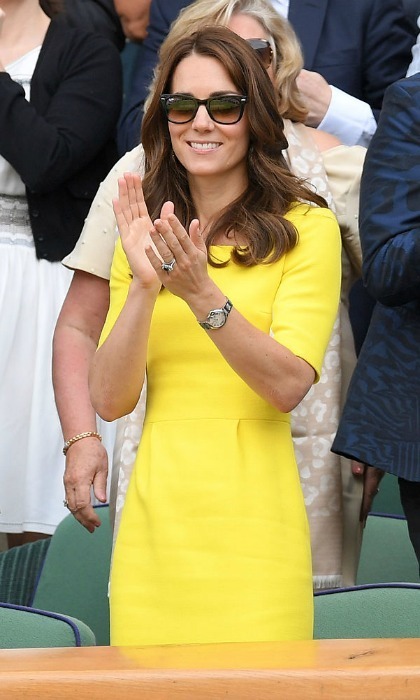 The Duchess of Cambridge watched the women's semi-finals at Wimbledon Photo: Karwai Tang/WireImage

The 34-year-old lived up to her title as the Queen of Recycling for the July 7 outing wearing the same color block dress that she first wore for her arrival to Sydney back in 2014 during her royal tour of Australia.

Royal fans have been eagerly awaiting Kate's appearance at the championships, since the stylish royal is a regular fixture at Wimbledon. Back in 2015, the Duchess attended the Wimbledon quarter finals with husband Prince William just weeks after welcoming her daughter Princess Charlotte. 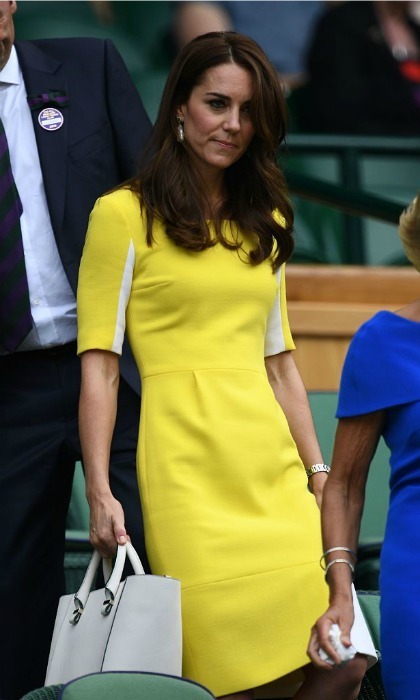 It has been reported that Kate, who is an avid tennis fan, may be announced as patron of the All England Lawn Tennis & Croquet Club. The royal's new role is expected to be officially announced during the tennis tournament this summer, after Her Majesty steps down following 64 years as patron.

A LOOK AT THE DUCHESS OF CAMBRIDGE'S INTERNATIONAL WARDROBE 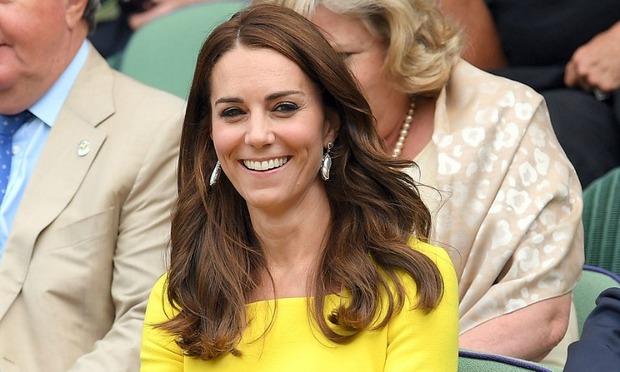 The royal's visit to the championships comes after members of her family Photo: Karwai Tang/WireImage

While Prince William's wife waited until the semi-finals to head to the tournament, members of her family have been spotted watching games from the Royal Box over the past two weeks. Kate's younger sister Pippa Middleton has already made three appearances at the championships. Pippa made her first public appearance with her boyfriend James Matthews at Wimbledon on Wednesday afternoon.

STARS AND ROYALS COLLIDE AT WIMBLEDON

Kate's stunning tennis outing on Thursday follows her stunning appearance at the Natural History Museum on July 6. Prince George's mom wowed in an off-the-shoulder cream dress by Barbara Casasola for her night at the museum where she was on hand to present the Art Fund Museum of the Year Award at the private dinner.