With a huge smile and a great attitude, Carlos Calderon returned to Despierta America following a six-week absence due to an injured Achilles tendon. Although his colleagues welcomed him back with enthusiasm, that wasn't what got the most attention. The Sin Rollo presenter arrived on set with the mystery woman who has been at his side during his healing process – his girlfriend! 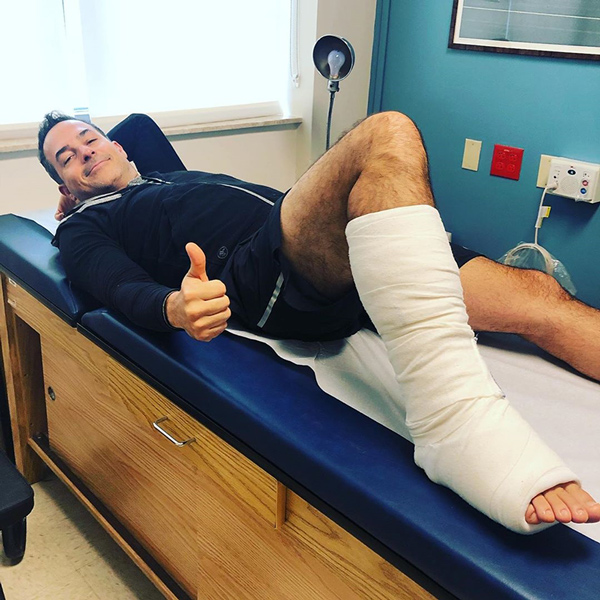 Before starting the section he has headed up for the last few years, Carlos took a moment to express his gratitude to the audience and fans. “Before I start, I also want to say thanks to all the people who kept me very active on social media," he said on camera. "[I received] so many messages of love, many messages of support."

- Sofia Vergara introduces a new member of her family

- Get ready for the 2019 Latin American Music Awards: See all details

The TV host also mentioned the help he received from his colleagues. “Thanks to the people here at Univision who truly have an incredible system for these cases. I don’t know how I would’ve done it otherwise,” he said.

But the person he thanked the most was his girlfriend, who we know very little about – other than she's a beautifule blonde who Carlos presented publicly for the first time. “Thanks most of all to my girlfriend. I don’t know what I would’ve done without her,” he said tenderly. He was so effusive with his gratitude that host and beauty expert Jomari Goyso jokingly suggested it was time to present this mystery novia with an engagement ring! The young woman simply greeted the audience shyly while watching her boyfriend’s return to work.

Days after TV host revealed that he had some help from his girlfriend when he couldn't move by himself, Carlos, who is still in the healing process, was happy to return to the studio that he considers his second home. To make things easier on him as he continues healing, he arrived on a scooter that allowed him to easily glide around the set. 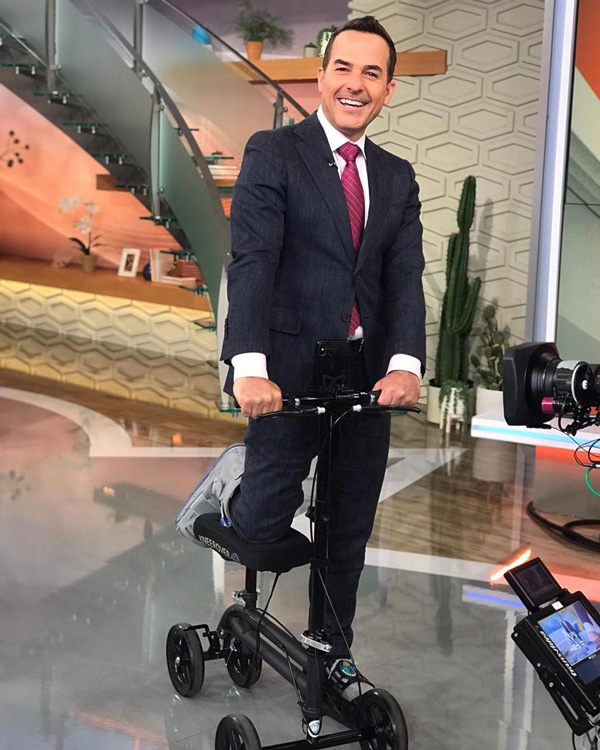 “I’m happy to be back on Despierta America on Sin Rollo, even on a scooter while wearing a boot and an oversized shoe," he wrote alongside a photo of his comeback. "Thank you all for your messages and support and to my team that is like my family. I missed you!"