Gina Rodriguez is back on our TV screens with the season five premiere of Jane the Virgin and fans of the show couldn’t be more excited. Many had been anxiously awaiting the return of the telenovela-inspired series which airs Wednesdays on the CW. If you were one of them then surely you were sitting promptly on your couch, snacks in-hand, ready to watch the show at 9 p.m. sharp. And if that indeed was you, then perhaps you recall the part in which the Puerto Rican actress, who plays the show’s title character, masters a seven-minute monologue like it’s no big deal. 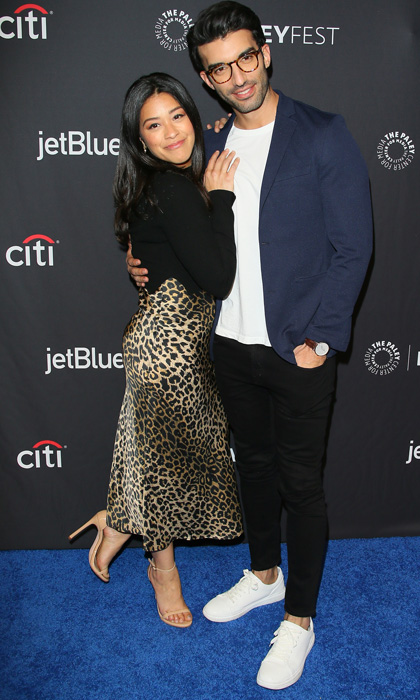 As it turns out though, it is a big deal. Not only is her acting in that scene grandiose, but what’s even more fascinating is the fact that it only took Gina one hour and a half to memorize the six-page monologue. What’s more, according to E! News Gina also directed the episode and did it all in one take. Wow! We knew Gina was amazing, but this is all-kinds of crazy-cool.

The emotional scene (warning: major spoilers ahead) takes place in the Villanueva household after Jane discovers her husband Michael, who she and everyone else thought was dead, is actually alive but has amnesia. We won’t say too much more, but that’s the gist of her remarkable act. Last week, the 34-year-old revealed the role of Jane came to her at a time when she was “29 and couldn’t pay my rent.”

MORE: Gina Rodriguez reveals why her next film role is 'revolutionary'

The Miss Bala actress joined the series’ creator and cast for the Paley Center’s Jane the Virgin Farewell chat. However, good news for fans of the series, it’s getting a spin-off. The CW confirmed that Jane the Novelas is “a novela anthology series in the tradition of Jane the Virgin, where each season is based on a different fictional novel 'written by' Jane Villanueva and narrated by the author herself.”