The 18-year-old previously interned for the HBO series during taping of its sixth and final season in 2015. While the former first daughter did not walk the carpet at Lincoln Center, she did mingle at the show’s after-party held at Cipriani 42 nd Street. 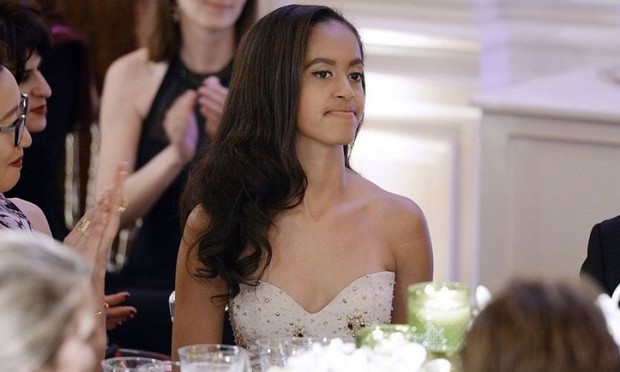 Malia has shown an interest in Hollywood Photo: Getty Images

An eyewitness told Us Weekly, “Malia was chatting casually with a few people,” adding, "She was just hanging out like everyone else.”

GALLERY: BARACK'S MOST ENDEARING MOMENTS WITH HIS DAUGHTERS

Malia, who is set to begin interning in New York for The Weinstein Company in NYC, wasn’t the only familiar face in attendance. The teen was in the company of Rita Wilson, Leslie Mann, Judd Apatow and the stars of the show Lena Dunham, Allison Williams Zosia Mamet and Jemima Kirke.

While Malia reportedly kept a low profile at the party, actor Andrew Rannells opened up on Thursday about his show’s famous intern during an episode of Watch What Happens Live. The Girls star revealed that Michelle Obama’s daughter served as the writers' intern on the series and that she was "super cool and nice." 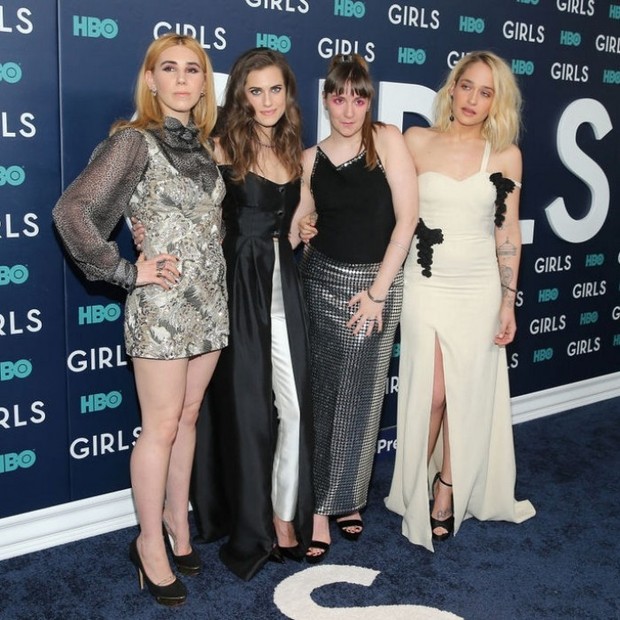 The former first daughter hung out with the Girls' cast Photo: Getty Images

"She was great!" Andrew told host Andy Cohen. "I have to say, that secret service was so stealth that it took awhile to figure out like where she was at any given time. Because they really did blend in very sort of seamlessly.”

He noted, “[Malia] didn’t disrupt our set at all."

Malia, who has been enjoying a year off before starting Harvard in the fall, has also worked on Halle Berry's Extant on CBS in 2014 as a production assistant.