First daughter Malia Obama made a presidential escape for two and a half months to South America. The New York Times reports that Barack and Michelle Obama's 18-year-old daughter traveled to Bolivia and Peru this past fall.

Malia, who decided to take a gap year before starting Harvard in the fall of this year, took the trip with a group of teens as part of the Colorado-based program Where There Be Dragons. 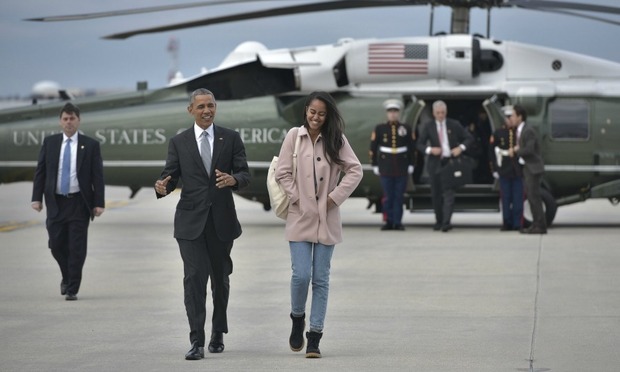 As part of the group, Malia, who is fluent in Spanish, and the other members were led on a five-day trek through Bolivia’s Cordillera Real mountain range. The three men who were guides for Sasha's older sister were unaware that the beefed up security was for her. “There was a blonde girl, and we assumed she was the important one,” tour guide Gregario Mamani told the New York Times.

Once they realized, he shared of Malia: "She was very humble, chatty, spoke Spanish very well. She was mesmerized by the Bolivian landscape.” During her 83-day journey, Malia lived with a family in a small Bolivian town called Tiquipaya. The first daughter wasn't given any special treatment and participated in chores and cooking while on the venture.

President Obama talks about his daughters during final press conference 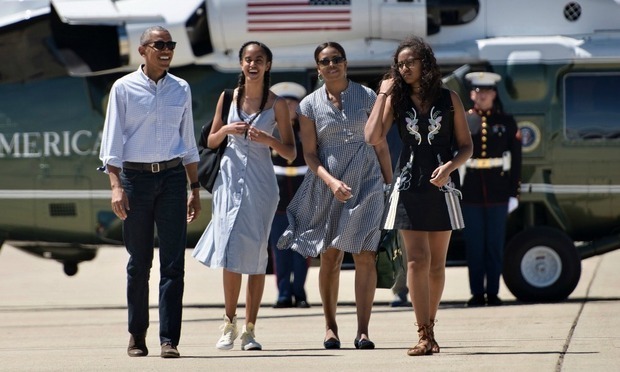 Malia and her family are traveling to Palm Springs after the inauguration Photo: Brendan Smialowsi/Getty Images

Malia supports her family during his farewell address

The always protective POTUS reached out to the president of Bolivia Evo Morales to ensure his daughter's safety and privacy during the trip. The White House however, did not comment on any details regarding Malia's educational journey.

The avid traveler who visited Africa and Spain with her mom for the Let Girls Learn initiative in June 2016 plans on taking another trip, this time domestic and with her family. The historic first family will briefly say goodbye to Washington, D.C. and travel to Palm Springs for vacation after the January 20 inauguration activities.

"The president vowed to take his family to a destination that is warmer than Washington, D.C. on Friday and Palm Springs fits the bill," White House press secretary Josh Earnest announced in a statement. This is a community that the president has visited on a number of occasions as president of the United States. He and his family have enjoyed the time they've spent there in the past. And they're looking forward to traveling there on Friday."