President Barack Obama said goodbye to the White House press corps during his final press conference as commander-in-chief on Wednesday. With 48 hours left in his presidency, he spoke to members from various press outlets inside the White House briefing room to answer questions.

Barack spent the majority of the time talking about his remaining actions as president, but his final moment was a personal one as he was asked about his two daughters Malia, 18 and Sasha, 15. 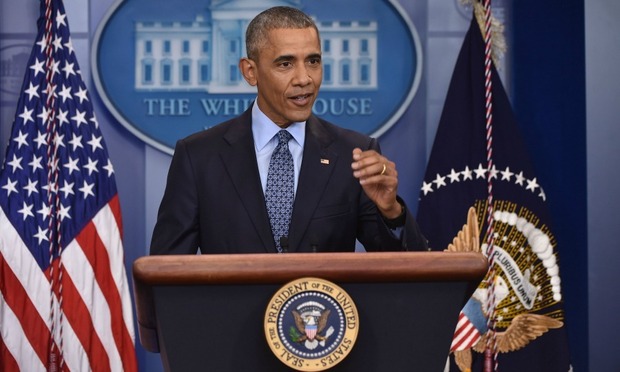 Sasha Obama takes some stylish down time in Miami

"Man by daughters are something," POTUS said when asked how his two girls handled the election results in November. "They just surprise and enchant and impress me more and more each day as they grow up. So these days when we talk, we talk as parent to child, but also we learn from them, and I think it was really interesting to see how Malia and Sasha reacted."

The president noted that although he and Michelle's daughters were "disappointed" about Democratic-nominee Hillary Clinton's loss, they have not become discouraged. "What we have also tried to teach them is resilience," he continued. "And we tried to teach them hope and that the only thing that's the end of the world, is the end of the world. You get knocked down, you get back up and brush yourself off and you get back to work and that tended to be their attitude." 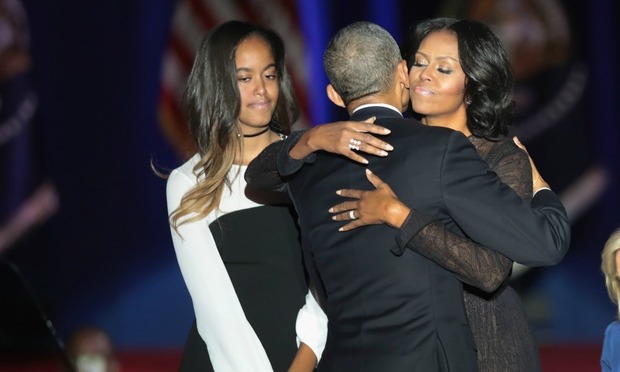 The president's final question was about his and Michelle's two daughters Photo: Aude Guerrucci-Pool/Getty Images

In fact, the president, who noted that neither one of his girls want a future in politics, explained that he has no doubt that they will continue to be positive role models in the country moving forward.

"Part through osmosis and part through dinner time conversations, they understand that this is a big complicated country and that democracy is messy and that it doesn't always work the exact way that you may want it," he said. "It doesn't guarantee certain outcomes, but if you're engaged and you're involved and see there are a lot more good people than bad in this country and that there is a core decency in this country, and that they have to be a part of lifting that up, and I expect they will be." 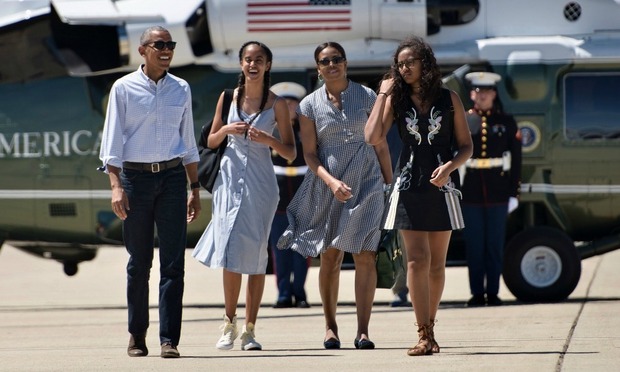 The first family will jet off to Palm Springs Photo: Brendan Smialowsi/Getty Images

Throughout his eight years in office and more so during his last moments as president, Barack and Michelle's daughters have been a topic of conversation. During his farewell address, the president got emotional as he thanked his wife and his daughters during the January 10th speech. "Malia and Sasha, under the strangest of circumstances, you have become two amazing young women, smart and beautiful, but more importantly, kind and thoughtful and full of passion," he said from Chicago. "You wore the burden of years in the spotlight so easily. Of all that I've done in my life, I'm most proud to be your dad."

Kerry Washington on her late night out with the Obamas

The president, who said he wanted to spend some time writing and celebrating 25 years of marriage with his wife when he leaves office, and his family will jet off to Palm Springs after the inauguration for some necessary relaxation. After, they will return to Washington, D.C. but to a different address: their $5.3 million home where they will live until Sasha finishes high school.