Meghan Markle flowered the September issue of British Vogue (the magazine she guest edited) with many personal touches. She handpicked the women who grace the cover, including Salma Hayek and 16-year-old political activist Greta Thunberg; she enlisted the help of her husband Prince Harry to conduct a special interview with primatologist Dr. Jane Goodall; and the Duchess of Sussex got to perform a Q&A with one of her heroes former First Lady of the United States Michelle Obama. However, she also gave her royal fans a glimpse into one of her interests—poetry. 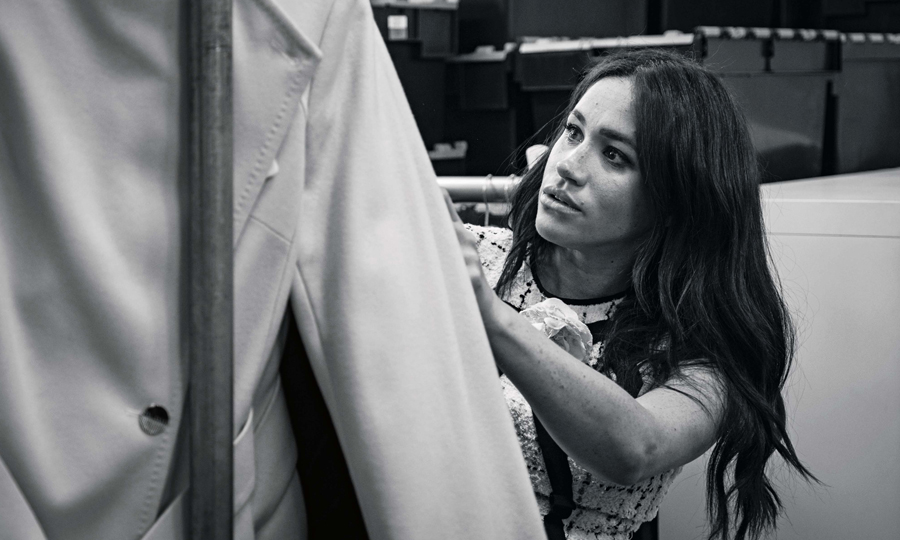 In the magazine’s arts and culture section, the 37-year-old royal decided to include a poem by Matt Haig that she is incredibly fond of. Titled A Note from the Beach, touches on the pressures to achieve the "perfect" summer body, but from the point of view of the ocean. “A personal favourite and the best reminder during the summer season…or any season, as a matter of fact,” she wrote to introduce the poem.

The poem also happens to be extra cheeky, featuring a F bomb. “Hello. I am the beach,” the poem begins. “I am created by waves and currents. I was made of eroded rocks. I exist next to the sea. I have been around for millions of years. I was around at the dawn of life itself.” The piece then takes a turn. “And I have to tell you something. I don’t care about your body. I am a beach. I literally don’t give a f—.”

The poet took to his social media to thank the royal for featuring his art in the September issue. "A surreal honour. Glad she digs my...humour," he wrote. "This whole year feels like an impossible dream to be honest." 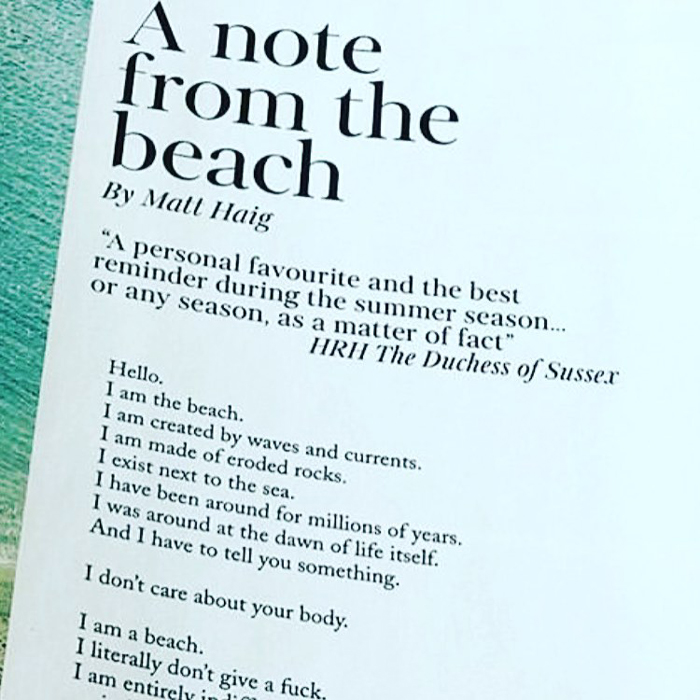 Titled A Note from the Beach, Matt Haig's poem touches on the pressures to achieve the "perfect" summer body, but from the ocean's point of view

In her Editor's note, Meghan opened up about getting to work with editor-in-chief Edward Enninful and meeting him for a cup of tea to discuss the issue. "What evolved over the next hour was a promising pow wow of two like-minded thinkers, who have much in common, including our love of writing," she wrote. "Within hours of our meeting’s end, we were already texting one another – philosophising about how to communicate this shared understanding and the lens through which we see the world, how to pivot from a perspective of frustration to one of optimism."