As if she wasn’t busy enough recently with adjusting to being a new mom and her duties as part of the British royal family, Meghan Markle has also found the time to curate content for British Vogue’s most anticipated issue. The fashion bible’s September issue will have the Duchess of Sussex as a guest editor and we finally can reveal some of the details of the publication, which Prince Harry’s wife has been working on for the past seven months. The tittle Meghan has chosen for her editorial debut is Forces for Change, and the cover features a group of 15 change-maker women who have broken the boundaries to make an impact in the world we live in. Among them, New Zealand's Prime Minister Jacinda Ardern, actress Salma Hayek and climate change campaigner Greta Thunberg. 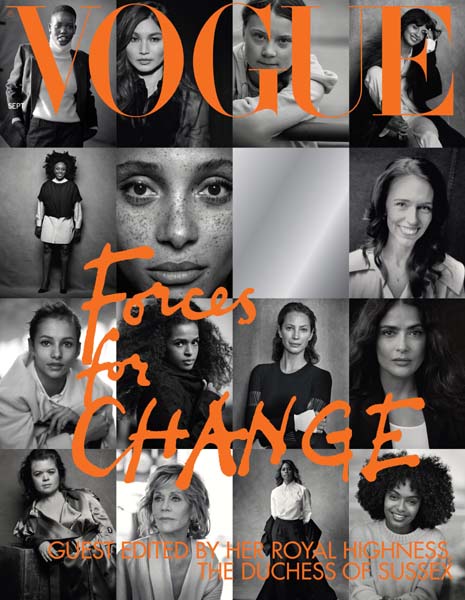 The cover features a group of gamechanger women who have made an impact... and you are on it too!

There´s also a special touch Meghan has included for readers. Out of the 16 spaces in the cover, one of them is a mirror, a sign of inclusiveness, we all can make a difference, we can all be part of the movement.
“Through this lens, I hope you'll feel the strength of the collective in the diverse selection of women chosen for the cover as well as the team of support I called upon within the issue to help bring this to light. I hope readers feel as inspired as I do, by the 'Forces for Change' they'll find within these pages," said the Duchess in a statement.

RELATED: Baby Archie´s personality revealed and we are in love all over again

The magazine includes a conversation with former US First Lady Michelle Obama, as well as an interview with renowned primatologist and animal rights activist Dr Jane Goddall, whom Meghan (and baby Archie) met a month ago. “I have met the Duchess once just last month and Harry twice. She told me she's followed me all her life. She told me: 'You've been my idol since I was a child. I've worshipped you all my life.' She came in at the end with Archie and I got to cuddle him!’ said Dr Jane, who described Archie as “very cute and gentle.” 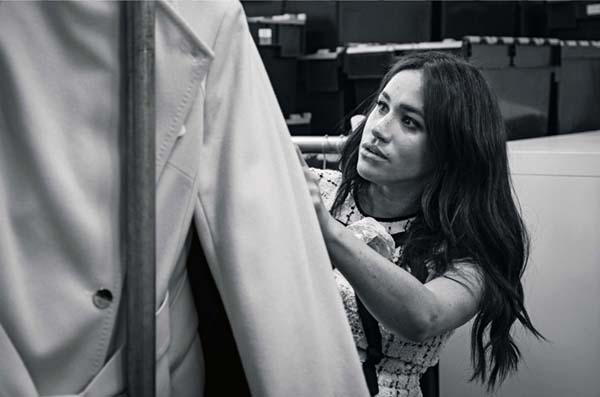 Meghan has been completely involved in the process of creating Forces for Change - images included. She just had one request though. As Peter Lindberg, the prestigious photographer in charge of the photoshoot recalls for Vogue, she was very clear, she told him: "I want to see freckles!" He explained about the making of the publication, whilst recalling the phone conversation he had with Meghan on the morning of the shoot: "Well, that was like running through open doors for me. I love freckles!"

The Duchess of Sussex is the first royal who has acted as a guest editor of the famous magazine, although of course, Princess Diana and Kate Middleton have both been on the cover.