Meghan Markle, the woman who does it all, guest-edited the September issue of British Vogue and got to interview Michelle Obama for a small Q&A in the magazine. In the intro to the feature, the Duchess of Sussex explains the two met over lunch (chicken tacos, to be exact) while she was still pregnant with baby Archie. She asked the former First Lady to answer some q's via email, but the answers she received left Meghan "speechless" and gave her quality advice on how to raise children, which was perfect timing seeing as Archie was due any day at that point. 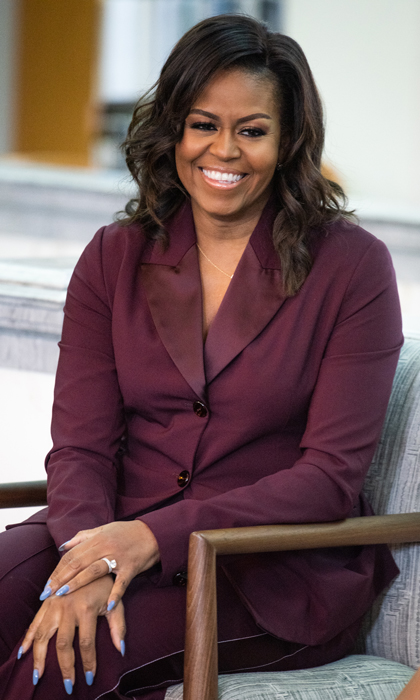 In the beginning, the 37-year-old royal admits that if she had known Michelle was going to give these "thoughtful, reflective and beautifully curated" answers, she would have done the whole interview on the phone. "I share all this with you as a disclaimer of sorts," she begins. "Had I known Michelle would be so generous in making this a comprehensive interview my questions would have been lengthier, more probing, more engaging. I would have called her and included the banter on these pages – the laughs and sighs and ping-pong of dialogue as I chimed in. But to re-engineer that now would rob Michelle’s words of their authenticity, which, for me, is at the crux of what makes this piece special."

And Meghan was right—Michelle's answers were ~inspiring~. She wrote to Meghan what motherhood has taught her. "Being a mother has been a masterclass in letting go. Try as we might, there’s only so much we can control," she said. "And, boy, have I tried – especially at first. As mothers, we just don’t want anything or anyone to hurt our babies. But life has other plans. Bruised knees, bumpy roads and broken hearts are part of the deal. What’s both humbled and heartened me is seeing the resiliency of my daughters."

She then added and described how her daughters Malia, 21, and Sasha, 18, are different. "One speaks freely and often, one opens up on her own terms. One shares her innermost feelings, the other is content to let you figure it out. Neither approach is better or worse, because they’ve both grown into smart, compassionate and independent young women, fully capable of paving their own paths."

MORE: Michelle Obama and Meghan Markle kept this sweet secret from the world

Meghan also asked whether Michelle would have raised a son differently, most likely wanting tips on her own baby boy. And according to the former First Lady, she'd do it all the same. "My parents, particularly my father, taught my brother and me at an early age to treat boys and girls exactly the same," she said, adding an anecdote about her father. "When I was still in elementary school, my dad bought my brother a pair of boxing gloves. But when he came home from the store, he was carrying not one, but two pairs of gloves. He wasn’t going to teach his son to punch without making sure his daughter could throw a left hook, too. Now, I was a little younger and a little smaller than my brother, but I kept up with him. I could dodge a jab just like he could, and I could hit just as hard as him, too. My father saw that. I think he wanted to make sure that my brother saw that as well." 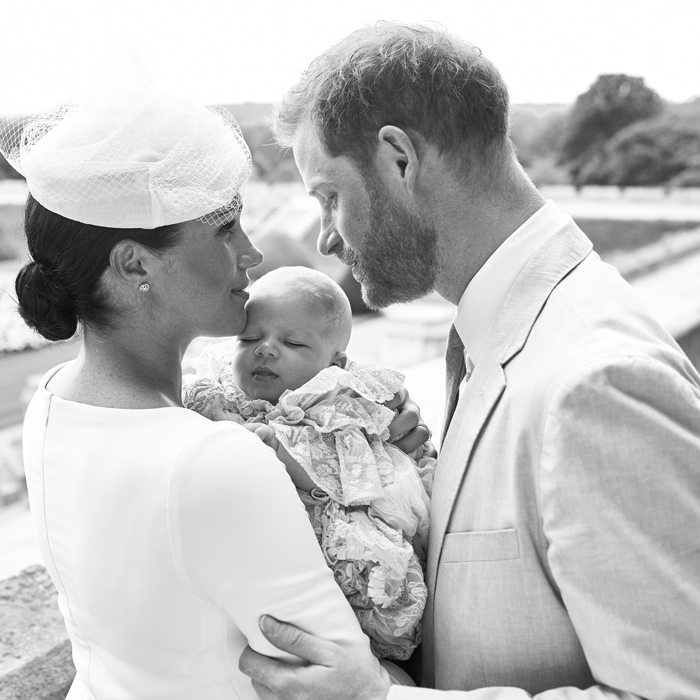 For her last question, Meghan opted for a "wild card" question and asked Michelle about the most beautiful sound she's heard. Lucky for Meghan, the sound comes from babies. "When Malia and Sasha were newborns, Barack and I could lose hours just watching them sleep. We loved to listen to the little sounds they’d make – especially the way they cooed when they were deep into dreaming," she said. "Don’t get me wrong, early parenthood is exhausting. I’m sure you know a thing or two about that these days. But there is something so magical about having a baby in the house. Time expands and contracts; each moment holds its own little eternity. I’m so excited for you and Harry to experience that, Meghan. Savour it all."