When Prince Charles married Lady Diana Spencer on July 29, 1981 their fairytale ceremony captured the world’s imagination and set the gold standard for royal weddings for decades to come. An estimated 750 million people tuned in from 74 countries around the world to watch Diana – at the time 20 years old – walk up the aisle towards the future King, 32; wearing a stunning dress by David and Elizabeth Emanuel which featured a record-breaking 25ft train and 10,000 embroidered pearls. Their nuptials, which took place in front of 3,500 guests at London’s St Paul’s Cathedral, is still one of the most talked-about weddings to have taken place, even now – 38 years after it took place, and most royal fans could tell you most of the highlights of the day. But what about the lesser-known facts? Read on for five secrets you probably didn’t know about the big day… 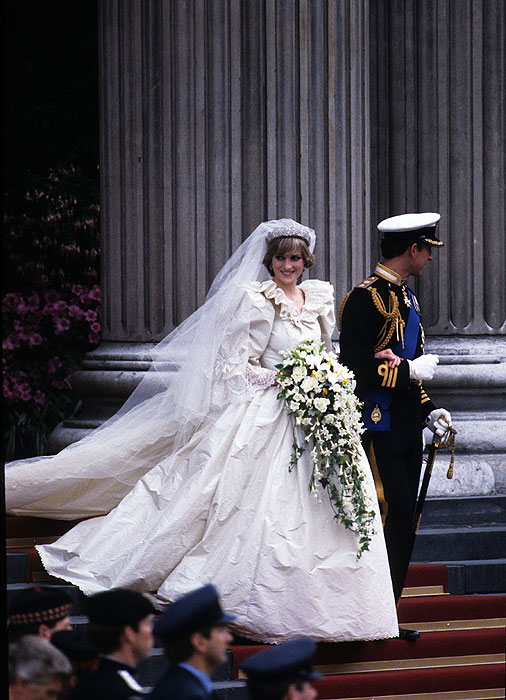 1) Diana had a wardrobe malfunction right at the last moment

Fans across the world gasped when they got the first glimpse of Diana’s perfect dress as she climbed out of her carriage at the steps of St Paul’s Cathedral, but they didn’t know the bride had spilled perfume on it moments earlier. The Princess’ make-up artist Barbara Daly revealed that Diana had suffered a mishap just after her hair and makeup was finished and she went to put a dab of her favorite scent Quelques Fleurs on her wrist, spilling it down her front and leaving a wet spot on her dress. With insufficient time to dry out the gown, Baraba simply told her to cover the spot with her hand – and several photos from the wedding seem to show Diana doing just that! 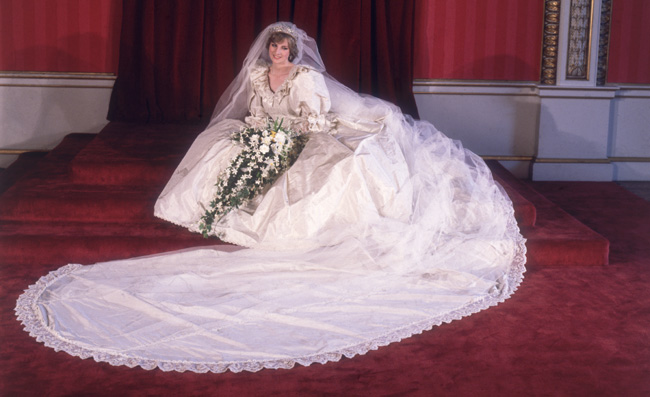 Speaking to British TV station ITV, dress designer Elizabeth Emanuel said she was “horrified” at how creased Diana’s gown had become on the journey to St Paul’s. "We did know it would crease a bit but when I saw her arrive at St Paul's and we saw the creasing I actually felt faint,” she said. "I was horrified, really, because it was quite a lot of creasing.” A dress rehearsal had been carried out, but with a different material which hadn’t resembled the real thing.

3) The bride was worried about being taller than the groom

At 5ft 10 inches, Diana was very close in height to her husband, whom Buckingham Palace reported as being an inch taller than his wife. She was very conscious of not choosing shoes that would make her tower over him when they stood together at the altar. Celebrity cobbler Clive Shilton, who was charged with making the all-important footwear told the Mirror: "Her main concern was that she wouldn't appear taller than Prince Charles, and because she was very tall - 5'10" - the shoes would have to have a low heel." The shoemaker followed her instructions to the letter, producing a pair of low-heeled slip-ons which has an elegant-heart-shaped design and suede soles to keep her from tripping up.

4) Diana had a total of 15 dress fittings

Diana’s gorgeous gown had to be altered several times to fit the princess’ increasingly small frame. “She did lose weight, she was losing so much, we even had to start again a couple of times, even after cutting into the fabric," revealed dress designer Elizabeth Emanuel, speaking during new documentary Charles and Di: The Truth Behind Their Wedding. “Her waist was a size 23 at the end. She was tiny like a model.”

5) The couple fluffed their vows

Here’s a detail many royal fans missed – Prince Harry and Prince William's mom confused her husband’s name, calling him Philip Charles instead of Charles Philip. Charles also made an error, saying “thy worldly goods” instead of “my worldly goods.”