Prince Louis' official birthday portraits have been released in honor of his milestone year! In the photos, taken by mom Kate Middleton at the family’s Norfolk home, royal watchers couldn’t help but notice the similarities between the tiny Prince and his two older siblings. Like Prince George, five and Princess Charlotte, three, their parents released a series of intimate photos. Giving admires a chance to see fun candid moments. Prince William and Kate’s children bear a striking resemblance in each one of the photos. All three of the Cambridge children have adorable rosy cheeks, which flex wide when they smile.

CLICK BELOW FOR MORE OF THE CAMBRIDGE CHILDREN'S FIRST BIRTHDAY PORTRAITS 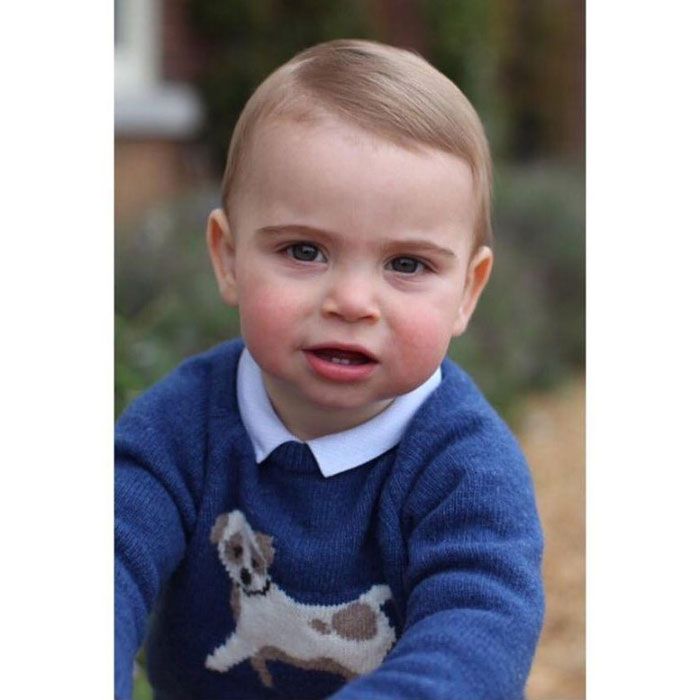 The trio also sport the same hair style. Louis, George and Charlotte, all sport their blonde tresses with their hair parted on the left side. The Duke and Duchess’ only girl, dressed up her hair with blue bows. Never shy about recycling a look. Kate – who has mastered the style art – dressed her children in the same shoes. It's no telling if the Early Days Navy Blue Alex Pre-Walker shoes are the exact pair, however, each little royal is equally as stylish while wearing them. William, 36, and Kate, 37, have used the milestone photoshoot to show off their children’s active personalities. 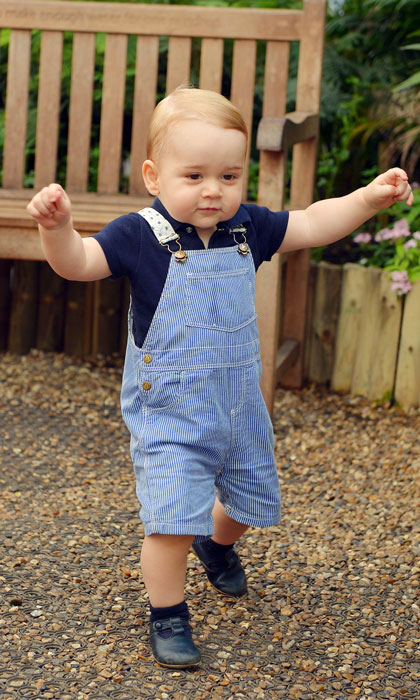 CUTENESS OVERLOAD: THE MOST ADORABLE PHOTOS OF GEORGE, CHARLOTTE AND LOUIS

In his birthday photos, Louis can be seen standing and eagerly reaching for the camera as he flashes a toothy grin. Charlotte was adorable as she smiled and pushed a toy car. George, who’s photos were taken during a trip to London’s Natural History Museum, showed off his walking feet as he navigated the butterfly exhibit.

Kensington Palace released Prince Louis’ photos on their official Instagram account in honor of his birthday on April 23. “The Duke and Duchess of Cambridge are delighted to share these new photographs of Prince Louis ahead of his first birthday tomorrow,” the caption read. “The photographs were taken earlier this month by The Duchess at their home in Norfolk.‬”