Just before the clock struck midnight in the United Kingdom and March 23 got underway, there was a treat in store for fans of the British royal family. Kensington Palace Instagram - the official account of the Duke and Duchess of Cambridge - released three photos of Prince Louis, to mark the cute youngster's first birthday. The adorable snaps were taken by Kate Middleton herself, who over the years has become the unofficial family photographer of the Cambridges. 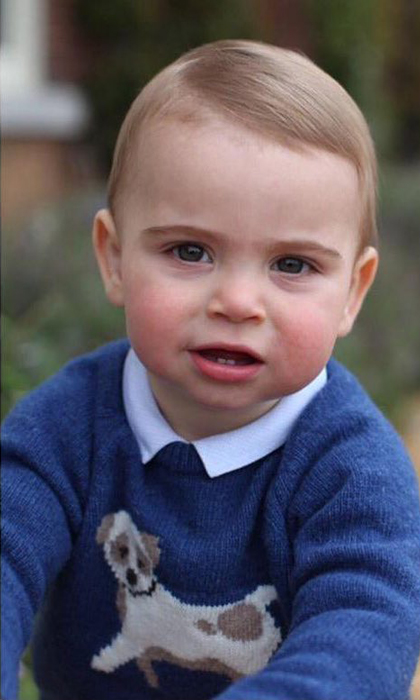 Proudly displaying two tiny front teeth slightly protruding from a gummy smile, Prince Louis - who we last saw at Christmas time late last year - is seen wearing a burgundy sweater whilst sitting atop moss-covered greenery. The tiny Prince has been safely tucked away from the public eye, while older siblings Princess Charlotte, three, and Prince George, five, have been recently photographed at the Burnham Market Horse Trials with cousins and other family members. 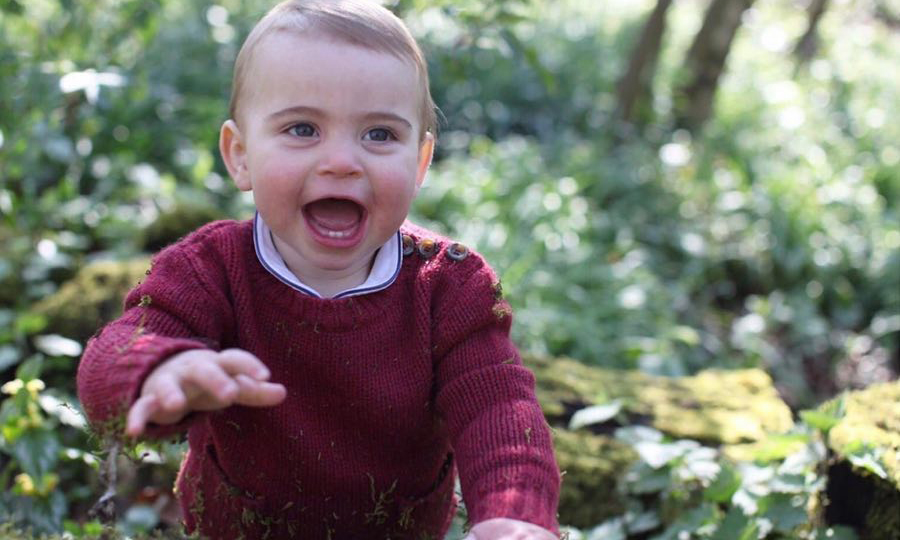 VIEW GALLERY Prince Louis is ready for his royal close-up!

Louis Arthur Charles was christened last July and is now slowly making his introduction into public life. Last November, in a series of adorable photographs taken to commemorate Prince Charles' 70th birthday, Prince William's father took huge joy in holding Prince Louis, as the then-six-month-old babe smiled radiantly in his grandfather's arms. The young royal seems to be the spitting image of his mother especially when Kate was a child. Others have commented that the Prince is the perfect physical combination of Prince George and Princess Charlotte! 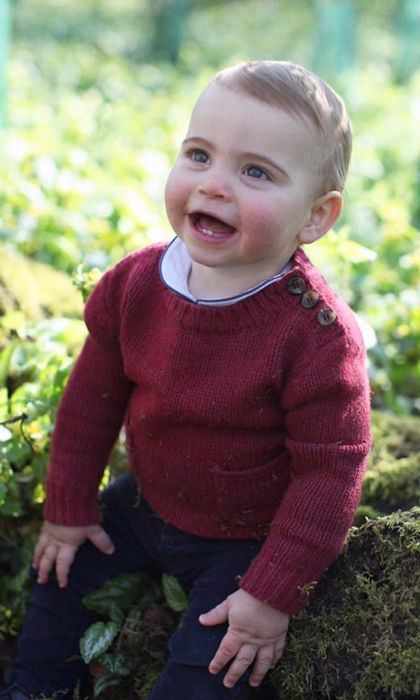 In the latest photo published by Kensington Palace, captioned, "Happy Birthday Prince Louis! The Duke and Duchess of Cambridge are delighted to share this new photograph of Prince Louis ahead of his first birthday tomorrow" - Prince Louis is seen wearing a snug blue sweater featuring a cute knitted puppy. His cheeks bright with exercise and excitement, the little royal looks determinedly into the camera, completely unaware of what a huge celebration his first birthday will be!

Prince Louis' first birthday comes before the arrival of Baby Sussex - Meghan Markle's and Prince Harry's baby's due date is imminent, after all!