Meghan Markle and Prince Harry sent the cutest message to their nephew Prince Louis for his first birthday on Tuesday April 23. After Kensington Palace released a new set of official portraits of the royal baby, the couple used their new Instagram account @sussexroyal to comment underneath @kensingtonroyal's post, writing: "Happy Birthday Louis! Sending lots of love from both of us." The Duke and Duchess of Sussex added a birthday cake and red balloon emoji, and they ended the message with a 'xo', which translates as a kiss and a hug.

RELATED: Are Prince Harry and Meghan Markle moving to Africa?

Ever since Meghan and Harry opened their Instagram account, royal fans have speculated that it is Meghan who is personally writing the captions - citing evidence like the use of 'Americanisms' rather than standard British English words that a press officer would use. A prime example was the use of the word "diaper" rather than "nappy" when the couple thanked fans for the charity donations they had sent in place of baby presents as part of their #GlobalSussexBabyShower campaign. It's safe to say that this birthday greeting has almost certainly been written by the mom-to-be, who is expecting her first child with Prince Harry any day now. 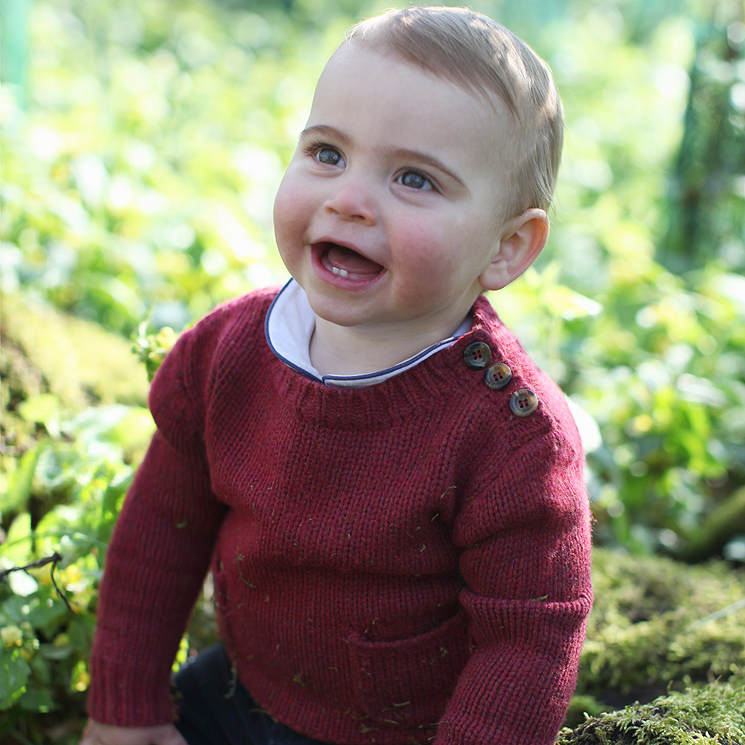 On Monday afternoon, Kate Middleton and Prince William shared three new pictures of Prince Louis to mark his milestone birthday. And in keeping with family tradition, the Duchess stepped behind the camera to take the adorable snaps, which show the birthday boy playing in the garden of the family's Norfolk home, Anmer Hall and were taken earlier this month. The little boy beams excitedly for the camera, showing off his first two teeth. Instagram has been flooded with comments from followers pointing out how much the little Prince resembles his siblings, five-year-old Prince George and Princess Charlotte, three. Now all eyes are on Meghan and Harry's social media to see if the next photo which appears there heralds the arrival of Baby Sussex!