Kate Middleton can’t step out without having all eyes on her impeccable outfits, so imagine the public’s reaction when she wore shorts for the first time in – wait for it – eight years! As it is, the Duchess of Cambridge is repeatedly praised for her chic and timeless style, and this sporty look was no exception! The 37-year-old royal attended a charity sailing race with her husband Prince William and dressed appropriately in a sports jacket by Gill Marine, a blue baseball cap and classic navy shorts. 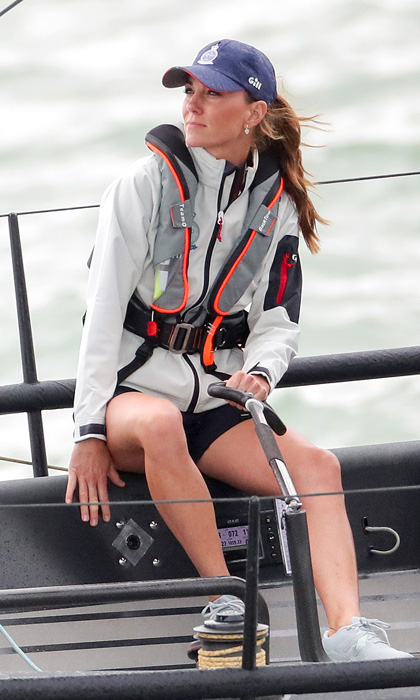 It should be noted the last time the mother-of-three was seen wearing the garment out in public was back in 2008 when she stepped out to a Day-Glow Midnight Roller Disco Party in London. Contrary to her latest activewear ensemble, Catherine was clad in neon yellow shorts, a green sequins top and leg warmers under a pair of black boots.

Since joining the royal family in 2011, Kate’s sartorial choices have remained formal and supremely feminine, and if an event calls for something on the casual side, she opts for jeans or skinny trousers. However, for her latest engagement which took her to sea as a skipper for one of the eight boats racing in the regatta, William’s wife slipped into good ol’ shorts. 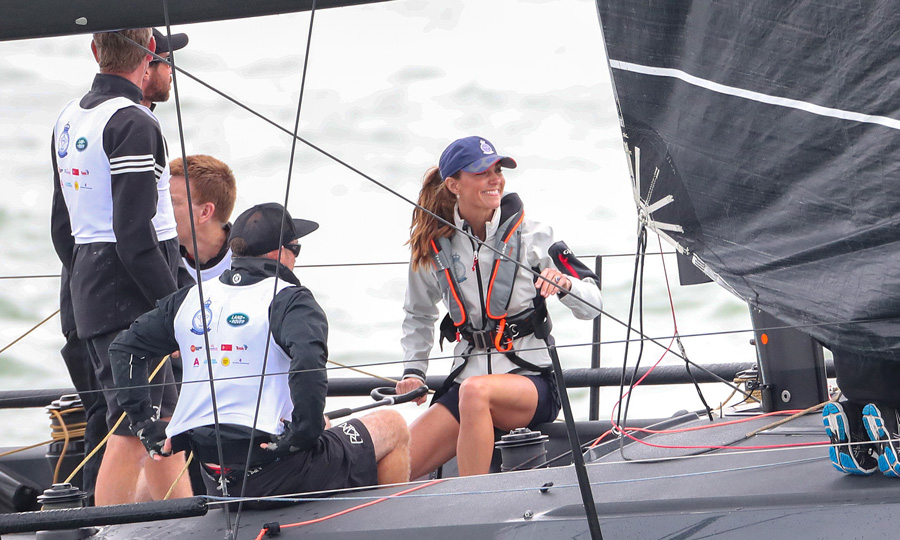 Of course, her unusual pick makes total sense being we’re in the midst of summer and the water activity required it. Nonetheless, it’s not every day that we get to see her long and lean legs on display, which are likely a result of her love of sports and exercise. Kate paired her outfit with light grey sneakers from New Balance and wore her hair in a low ponytail to keep it from distracting her mission on water.

MORE: Kate Middleton's genius fashion hack will save you from slipping

We probably won't be seeing Kate wear shorts again any time soon unless she chooses to channel her late mother-in-law, Princess Diana, with an essential pair of biker shorts.