Years after her tragic death, Princess Diana continues to live out her legacy both as a style icon and a humanitarian. The late Princess’ latest contribution is her go-to workout wear which was given to her by business magnate Richard Branson and later presented to her longtime personal trainer, Jenni Rivett. We’re talking about her iconic Virgin Atlantic sweatshirt which she was often spotted wearing during her runs or workouts. The dark blue cotton/polyester sweatshirt will be auctioned by Boston-based RR Auction with proceeds going to charity. 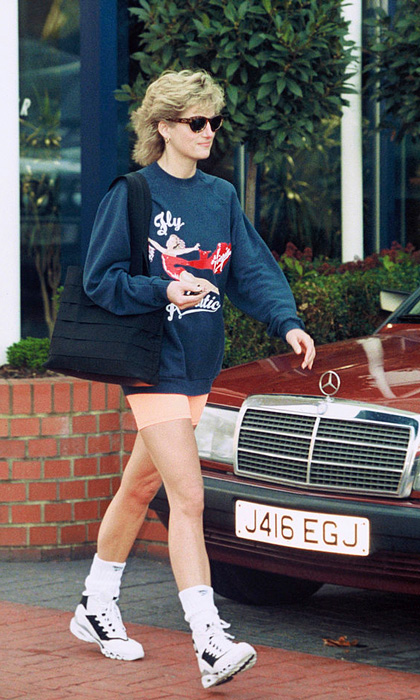 Princess Dee was often spotted in the iconic gym top

Although there’s no specific size, based on the piece’s oversized fit on Princess Diana, it’s assumed it’s likely a medium/large. The long-sleeve top features a screen-printed image of the Virgin Atlantic ‘Flying Lady’ logo with white cursive text that reads: “Fly Atlantic.” Included with the prized possession, the buyer gets a small 4 x 2.75 gift tag bearing a note signed by Princess Diana, which reads: “Dearest Jenni, Lots of love from, Diana, x.”

MORE: These timeless Princess Diana looks prove her style was so summer 2019

Aside from attaining such special piece, the sweatshirt is accompanied by two letters from Jenni, who served as her personal trainer for over seven years. One of them in part reads: “This sweatshirt was given to HRH by Sir Richard Branson. It became her most worn top on her regular visits to the gym. She felt there were far more important issues to focus on in the world then her gym attire and therefore decided that wearing the famous Virgin sweatshirt to every session, would be a good way to stop the media frenzy! A few months before her untimely death she called me to say she had left a few sweatshirts for me. Amongst them, this one—which I have now decided to part with.” 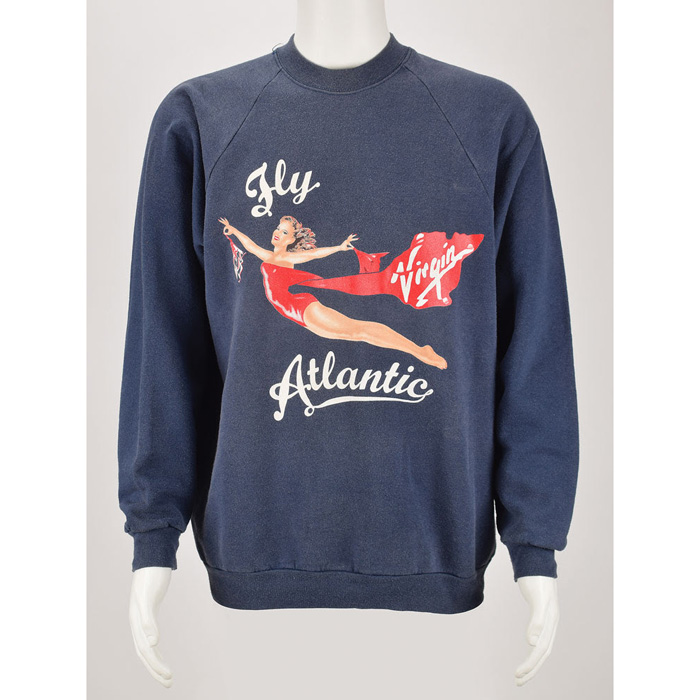 Proceeds of the sweatshirt will go to charity Photo RR Auction

During a 2018 interview with Yahoo! The Royal Box, Jenni explains the brillian reasoning behind Princess Diana’s famous sartorial choice.

MORE: Princess Diana's iconic dresses sold at auction and made this much

“Every single session all the media were outside camped with their stepladders, and cameras and lenses and everything. For her she just found it so incredible, 'why are they so interested in me when there are more important things to worry about in the world.’ It wasn't her that asked for all this. I remember one of her strategies was that she was going to wear the same Virgin Active sweatshirt every single session,” she added.