Prince William and Kate Middleton took a quick intermission from their annual summer vacation to engage in a little friendly competition. The Duke and Duchess of Cambridge hosted the inaugural regatta The King’s Cup on the Isle of Wight to raise awareness and funds for eight of their patronages on Thursday, August 8. The royal couple went head to head as skippers of individual sailings boats in the charity race, and had special cheerleaders on the sidelines, their son Prince George and daughter Princess Charlotte. The six-year-old future King, who donned a sailor hat, happily watched his parents face off in the race onboard a yacht with his maternal grandfather, Michael Middleton. Grandmother Carole Middleton and little sister Charlotte were also pictured on the same vessel. 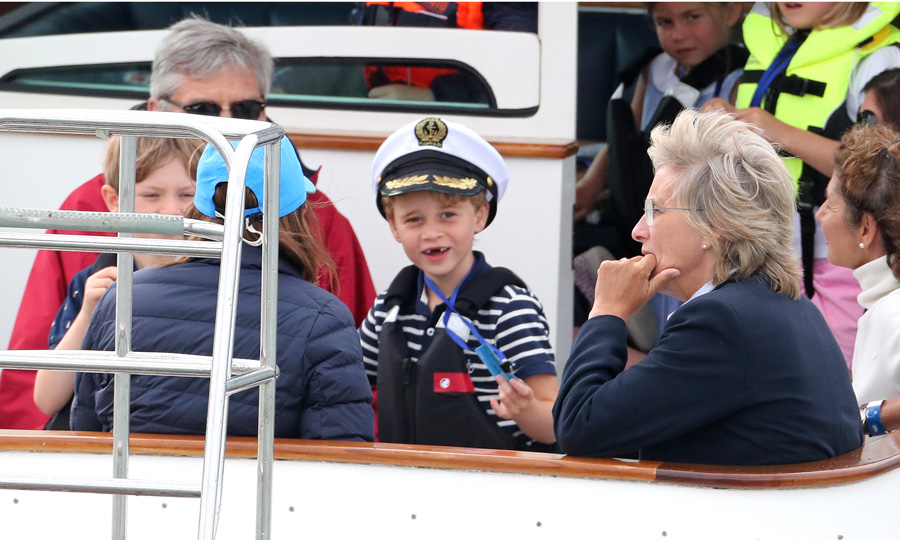 Kate looked nautical arriving for the race wearing a striped Sandro top, navy L.K. Bennett trousers and her Superga Cotu sneakers, before changing into her King’s Cup t-shirt and shorts. The mom-of-three showed off her summer tan from her family’s recent holiday in Mustique. When it came time to the race, the Duchess swept her noticeably lighter locks up into a sporty ponytail.

The Duke and Duchess competed against a number of famous faces, including English comedian John Bishop and adventurer Bear Grylls, in the eight boat regatta race. The different vessels captained by celebrities represented causes supported by Prince George’s parents. William competed on behalf of Child Bereavement UK, while Kate chose four of her patronages and competed on behalf of the Royal Foundation, in connection with her work on the early years development of children. The Duchess, who has previously faced off against her husband in Canada and New Zealand, was all smiles onboard her vessel, and was pictured laughing with her team. 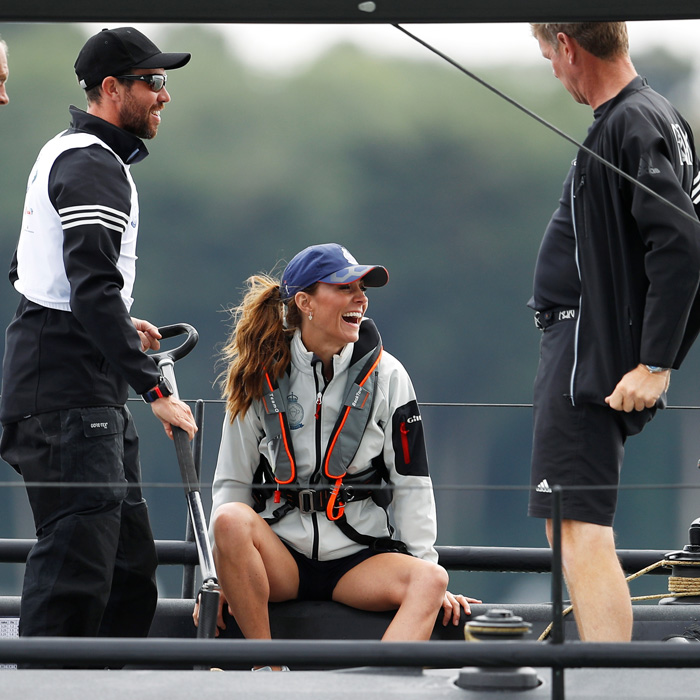 Kate Middleton showed off her summer tan at the charity race 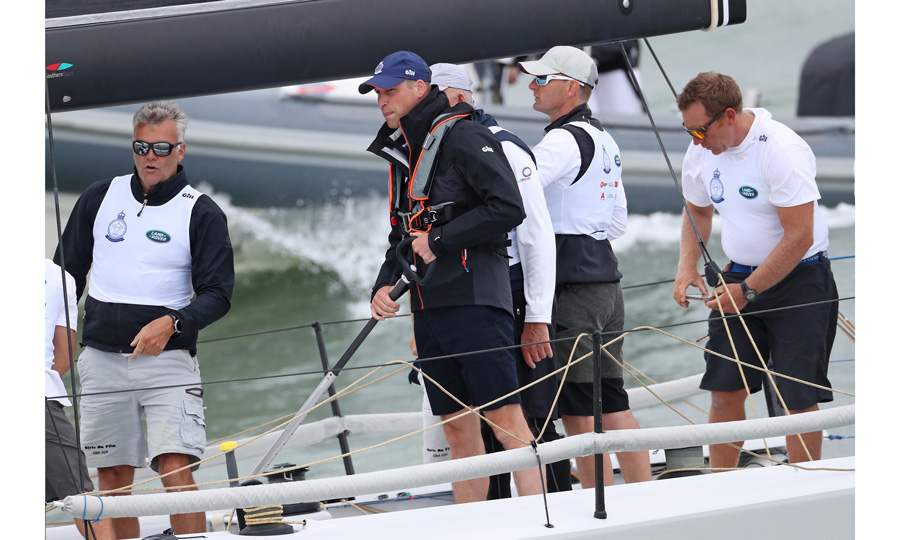 Thursday’s winning team will be awarded the historic King’s Cup trophy, which was first presented by King George V at Cowes’ Royal Yacht Squadron in 1920. The race was originally scheduled for Friday, but was bumped up a day due to adverse weather conditions in Cowes. William and Kate hope that the King’s Cup will become an annual event, bringing greater awareness to the wider benefits of sport, while also raising support and funds for causes they support.