Big brother Prince William was crowned the winner of today's polo match. The Duke of Cambridge's team beat his younger brother Prince Harry’s at the King Power Royal Charity Polo Day for the Khun Vichai Srivaddhanaprabha Memorial Polo Trophy on Wednesday, July 10. The royal siblings competed in the charity match, which raised more than £1 million for 15 charities supported by William and Harry, including African conservation organizations, rugby charities and the Invictus Games Foundation. 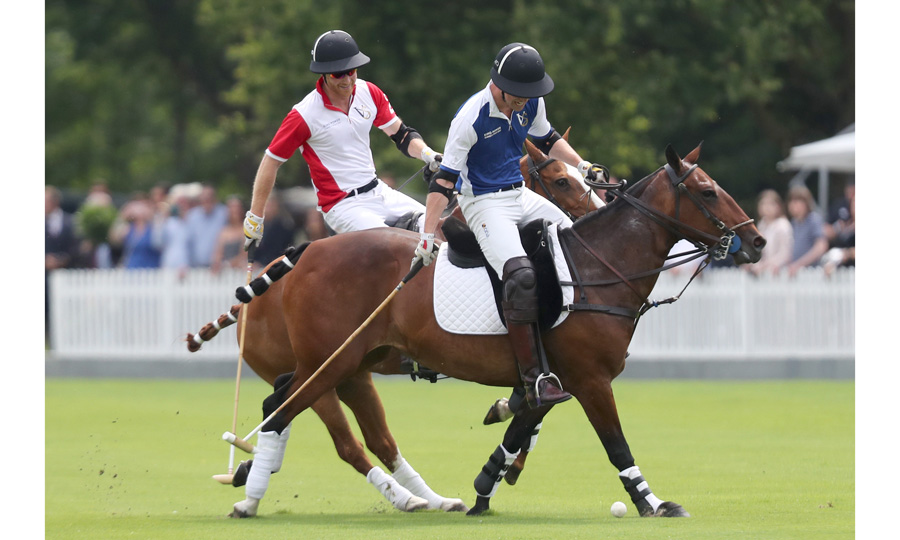 The polo match was held in honor of Leicester City chairman Vichai Srivaddhanaprabha, who was an avid polo supporter and president of Ham Polo Club for four years. Vichai was killed in a helicopter crash at the King Power football stadium in Leicester last October. Princess Diana's sons appeared to be in great spirits as they faced off against each other.

GALLERY: ALL THE BEST PHOTOS FROM LOUIS AND ARCHIE'S POLO PLAYDATE

Harry, 34, and William, 37, had special cheerleaders on the sidelines as they competed in the game, their respective wives and children. Prince Louis and Archie Harrison made their polo match debut, joining moms Kate Middleton and Meghan Markle, in addition to Prince George and Princess Charlotte. 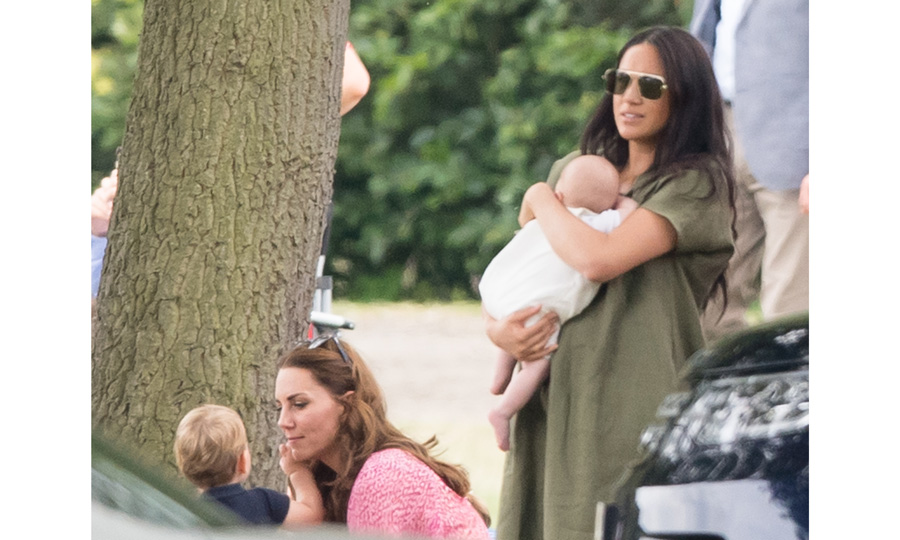 The match marked Archie’s first public appearance, as well as the first time the Cambridge and Sussex cousins have been pictured publicly together. Prince Louis showed off his cheeky side at the royal affair playing with his mother’s sunglasses and running around the field. Meanwhile, George and Charlotte played with a soccer ball and polo mallets. Archie, on the other hand, spent the game cradled in his doting mother’s arms. The newborn's attendance at the sporting event comes days after his private christening at Windsor Castle, which took place exactly two months after his birth.