Supermodel Karlie Kloss was everywhere this week — the Fashion Week runway, ELLE Style Awards, Brit Awards and more — but her most memorable look might have been on the street. 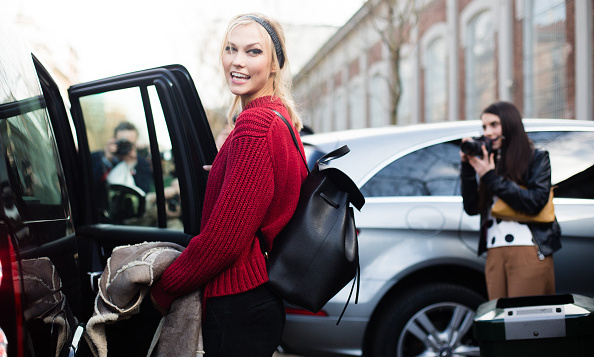 After an event-filled week in London, the statuesque beauty, 22, headed to Milan on Thursday to strut for the Fendi show where she made fashion fans swoon during and after the catwalk. Karlie was spotted exiting the luxury brand's show fresh-faced in an asymmetrical red sweater, simple black headband and a fashion-forward black leather backpack. The chic accessory, which is slowly rivaling the purse, hails from design label Mansur Gavriel. 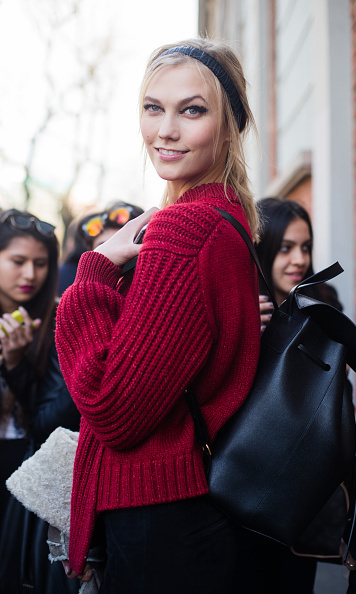 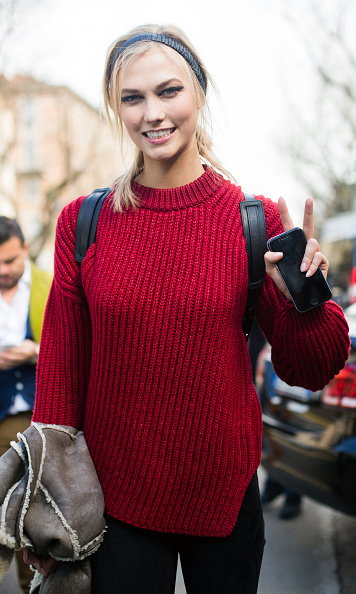 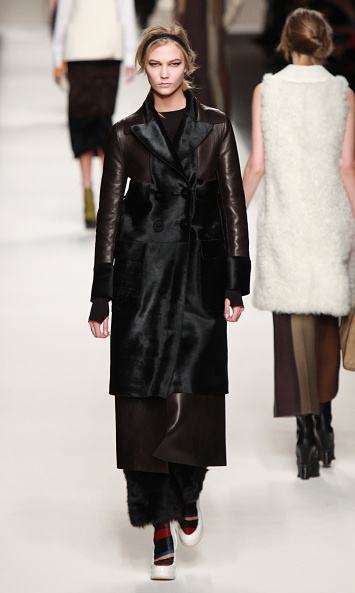 Karlie had quite the fashionable week, but she made sure to catch up with some of her (famous) best pals. The supermodel was spotted hugging and laughing with singer Taylor Swift and Natalia Vodianova at the World's First Fabulous Fund Fair in London on Tuesday. 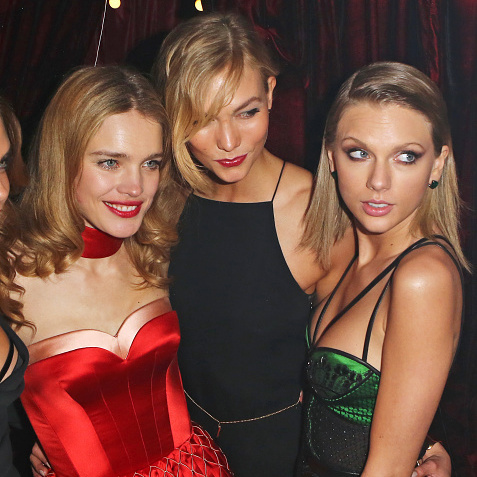 The next night, the American stunner was photographed posing with fellow supermodel Cara Delevingne at the BRIT Awards. Karlie glowed in a bright white gown with cut-outs that showed off her beautiful neckline, while Cara opted for a more casual ensemble. 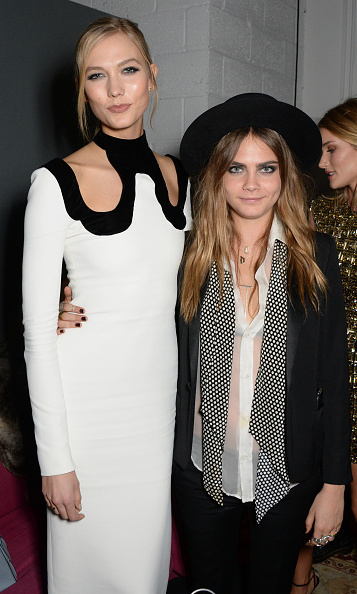 Karlie also made headlines this week when it was reported that she was hanging up her wings for Victoria's Secret. Of her departure, lingerie brand's president and chief marketing officer Ed Razek said "[Karlie] without question, one of the best models ever. But she is an even better person. Her future is unlimited, and I am excited to see all the good she will do."