When it comes to raising her children, Beyoncé has taken after her own mother Tina Knowles Lawson. Tina opened up to Us Weekly about her Grammy-winning daughter’s parenting style on Sunday, August 11, at the BeautyCon Festival 2019 in Los Angeles. “No spankings,” she shared. “Just really talking to the kids and reasoning with them. I can say, [Beyoncé] pretty much has my parenting!” Tina (right) opened up about her famous daughter's parenting style

Tina, 65, admitted that she “thinks” Beyoncé and her husband Jay-Z are open to having more children. The singers are already parents to seven-year-old daughter Blue Ivy and two-year-old twins, Sir and Rumi.

The doting grandmother has previously revealed that the power couple and their young kids are a “tight knit family.” Speaking to Us Weekly in June, Tina shared, “[They] have nannies for the kids and their assistants help out too, but they mostly try and bring the kids everywhere,” adding, “Blue always travels with Beyoncé and comes with her when she’s working. The twins are getting older and Beyoncé has been taking them out a little more too. They’re a very tight-knit family and like to do everything together.” 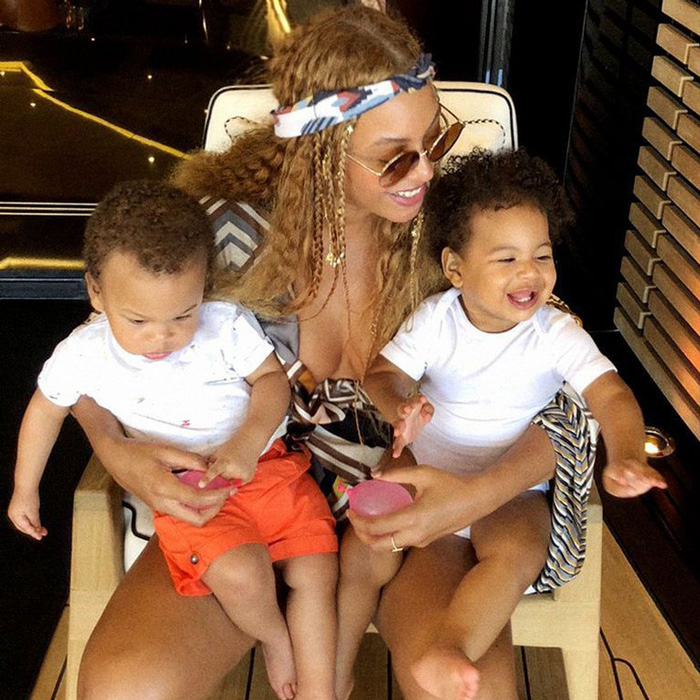 Earlier this year, Beyoncé, 37, got candid about motherhood in her Netflix documentary Homecoming. The Lemonade artist confessed, "I feel like I'm just a new woman in a new chapter of my life, and I'm not even trying to be who I was. It’s so beautiful that children do that to you.”

Back in 2013 after welcoming her first child, the Grammy winner admitted that she is a “protective” mother. During an interview with Good Morning America, she revealed, "I am very protective. I just want to make sure that [Blue] can have a healthy, safe, normal life. In the back of my mind, she's my priority. And life is completely different now. I feel really, really just lucky that I can still do what I love, and now have a way bigger meaning. And that's to be her mother."