Ariana Grande had a special invite to rain on Barbra’s Streisand’s parade. The Thank U, Next songstress joined the diva on stage on August 6, in Chicago, Illinois, for a special performance. Ariana surprised the crowd when she arrived on stage to join the songstress for a performance of her and Donna Summer’s iconic duet, No More Tears (Enough is Enough). The 26-year-old walked out to standing ovation from her fans, wearing an all-black pants suit, which was the perfect match to Bab’s ensemble. 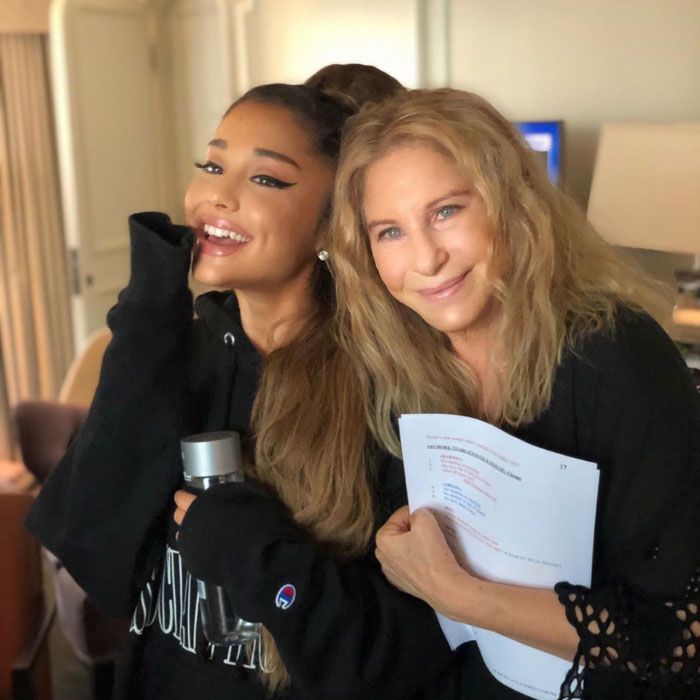 The performance was met with cheers and applause from the audience. After the iconic night, the Memory singer took to her social media to share a picture of her and her special guest. “Secret’s out. Thank you @arianagrande.” The Sweetener singer took the opportunity to pay her gratitude, but most importantly, fan girl. “I’m sobbing. Love you so much. I can’t. get over this. It’s just….the most special and cherished experience ever. Thank you.” Ariana also took to her social media to continue her reaction.

MORE: Ariana Grande gets dramatic and sexy in her latest music video

“Hello, shaking and crying. Thank u @barbrastreisand. Don’t have words yet. Goodbye.” The Boyfriend singer returned with another message, accompanied by a black and white photo that read: “Cherishing this moment forever @barbrastreisand.” Ariana later shared a video of the You Don't Bring Me Flowers singer performing solo at the show. Babs took to her social media to share some behind the scenes pictures from ahead of the show. A peek at our secret rehearsals...” 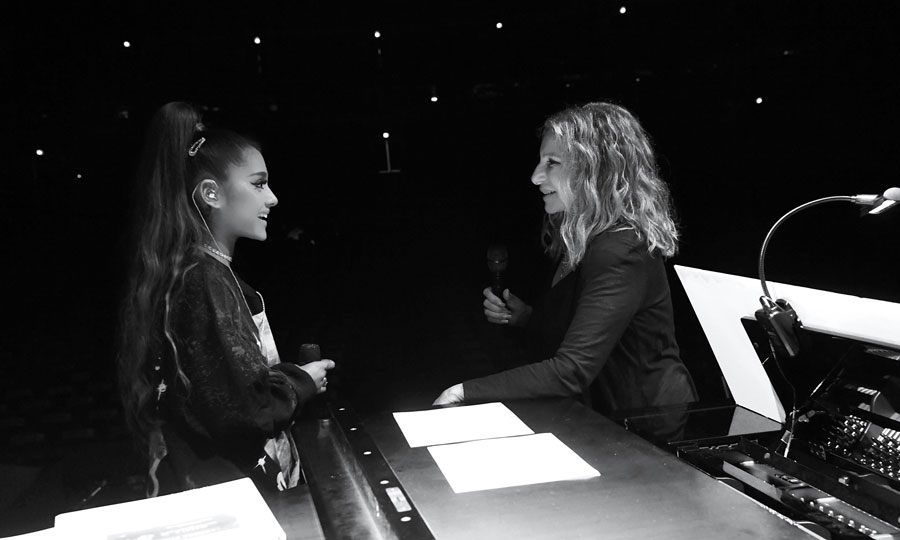 MORE: Ariana Grande's biggest dream has come true – find out what it is

In the photos, the duo sits at a piano with the sheet music. Barbra teased fans of the special moment on the day of the show. Before taking the stage, the 77-year-old shared a photo of her and Ariana’s hands. “Made a new friend today.” Arianators were quick to point out the songstress’s signature tattoos. Now that Ariana performed with her idol, let’s hope that she just keeps breathing!