It's not every day that not only do you get the chance to meet your childhood idol, but you also get to work with him. Even if you're a megastar like Ariana Grande! The Thank You, Next singer was clearly over the moon when she announced her new project on Wednesday. She will share the screen with Jim Carrey in Kidding, the actor´s series produced by Showtime. "There aren’t words," said Ariana, "I’ve been staring at my screen and no words do this moment justice. Thankful for the most special experience of my life." 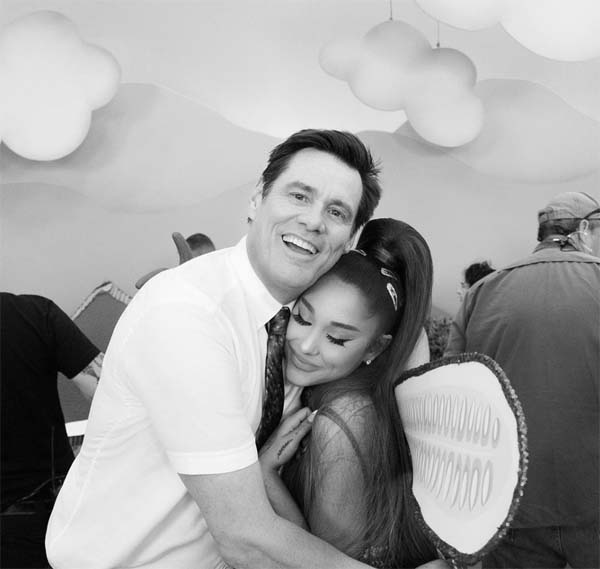 The Boyfriend singer first met Jim Carrey back in 2014... and she burst into tears

Ariana is vocal about being Jim Carrey´s number one fan. She has quoted him on several occasions, and recently confessed that her first screen name for a popular online chat service was 'jimcarreyfan42.' With these credentials, we can just imagine how happy she feels after her tiny role in Kidding´s second season. "Nothing is crazier than getting to work with and spend time with someone whom you’ve idolized and adored since before you could speak," the singer continues, "actually, what’s even crazier is discovering that person to be more special and warm and generous in person than you ever could’ve imagined."

Ariana and Jim's mutual love fest has been going on for a while now. Back in April, when she shared one of his quotes regarding mental health, the actor thanked the singer with a sweet note, "I admire your openness. I wish you freedom and peace. I feel blessed to have such a gifted admirer." This time, after Ari´s heartfelt message on her Kidding cameo, he also had some kind words for her - and also gave us a hint about her role? "Thank you, Ariana Grande, for visiting Kidding's small quirky world. What a beautiful experience to have you here. You took your magic fairy wings and made them proud."