And baby makes four! Anne Hathaway is expecting her second child with husband Adam Shulman. The Princess Diaries actress, 36, announced the exciting news via social media on Wednesday, July 24, by sharing a black and white mirror selfie that showed off her growing baby bump. Alongside the announcement, she wrote: “It’s not for a movie...⁣⁣#2⁣ All kidding aside, for everyone going through infertility and conception hell, please know it was not a straight line to either of my pregnancies. Sending you extra love 💕.” 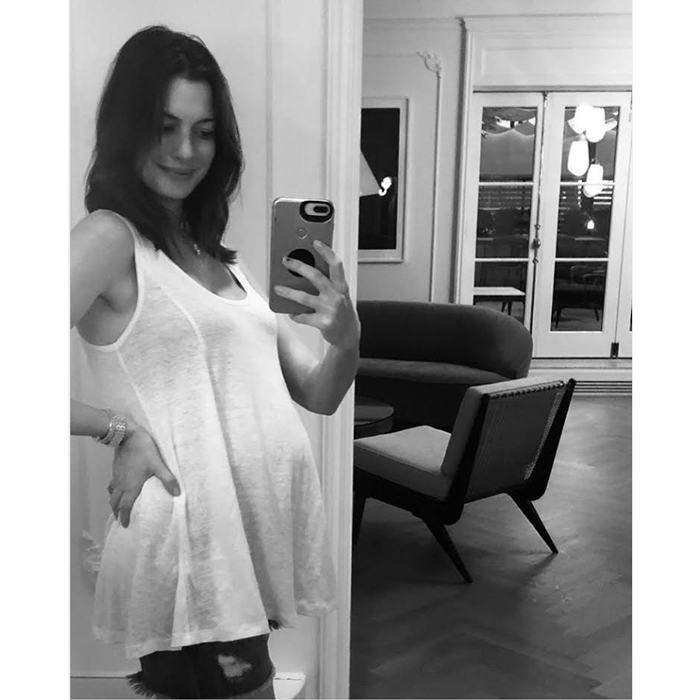 Anne is pregnant with her second child

Anne welcomed her first child, Jonathan Rosebanks Shulman, back in 2016. After giving birth, The Devil Wears Prada star admitted that she never planned on confirming her pregnancy. “I hadn't planned on ever confirming it and then I just, I had seen a photographer while I was on vacation, taking a photo, and I just thought, 'It's such a joyful and a sacred experience, you know, carrying life,'" she told Good Morning America. "And I just thought, 'I don't want the first version of this to be out there with me covering or scowling at someone. That's not representative of the experience, so I chose a photo that I was happy with, and I put it out there.” 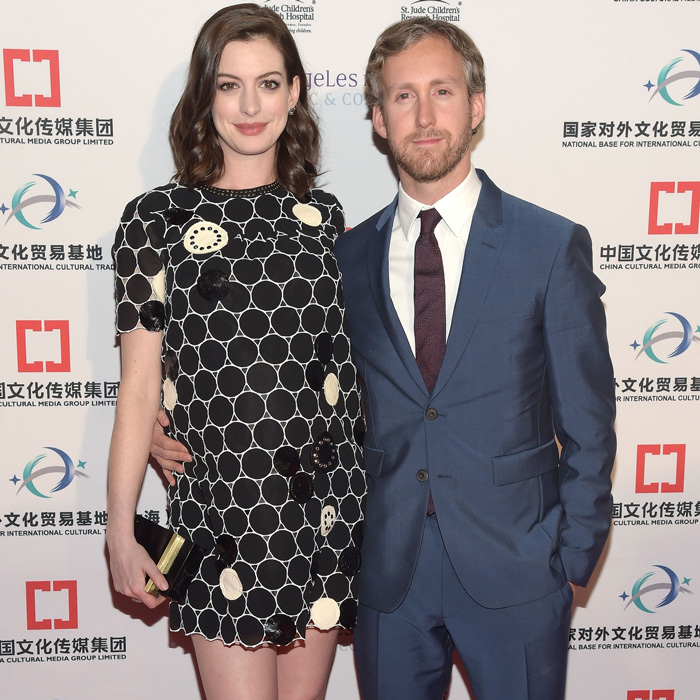 The actress and Adam tied the knot in 2012

Since becoming a mother, the Hollywood star has made changes to her lifestyle. During an appearance on The Ellen DeGeneres Show earlier this year, she confessed, “I’m going to stop drinking while my son is in my house just because I don't totally love the way I do it.” Anne added, "He's getting to an age where he really does need me all the time in the mornings. I did one school run one day where I dropped him off at school, I wasn't driving, but I was hungover, and that was enough for me. I didn't love that one.”

RELATED: Anne Hathaway was stressed out by early fame 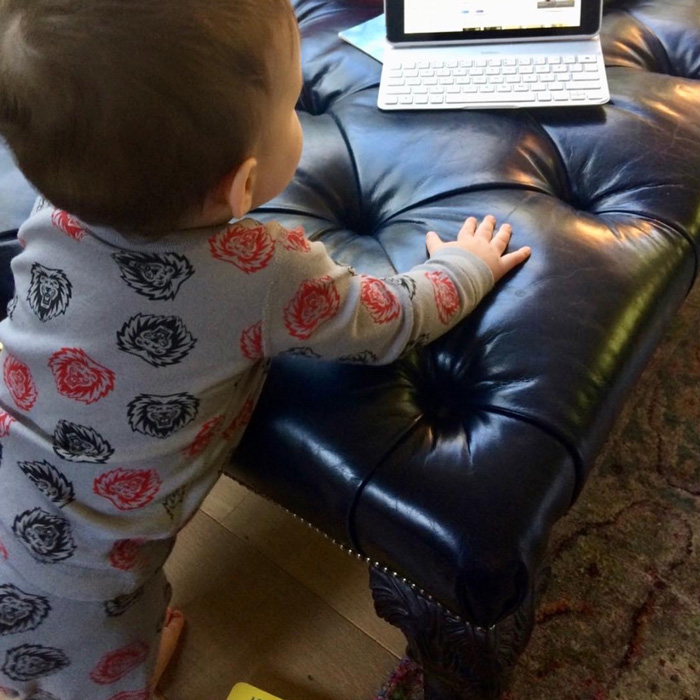 Anne is already a mom to three-year-old son Jonathan

Anne has made it a point to keep her son Jonathan out of the spotlight. In 2017, the Oscar winner shared the first photo of her baby boy, though she later admitted that she regretted that decision. “I had never posted a photo of my son, and I decided to post a shot of the back of his head, and almost as soon as I’d done it, I wished that I hadn’t," she said in an interview with Jezebel. "I felt like I had broken some kind of a seal in inviting people into my life. And even though I felt as though I had done it in as protective a way as I could, even though it was a moment I was incredibly proud of, I don’t know that I’ll ever do it again."