Sad details are being revealed following the death of 20-year-old Disney channel star Cameron Boyce after he passed away on July 6. On Tuesday, July 9, Cameron’s family released a statement confirming his ongoing medical condition. “Cameron’s tragic passing was due to a seizure as a result of an ongoing medical condition and that was Epilepsy,” the family spokesperson confirmed to ABC News. The statement further confirmed that the family is working on arranging his funeral. 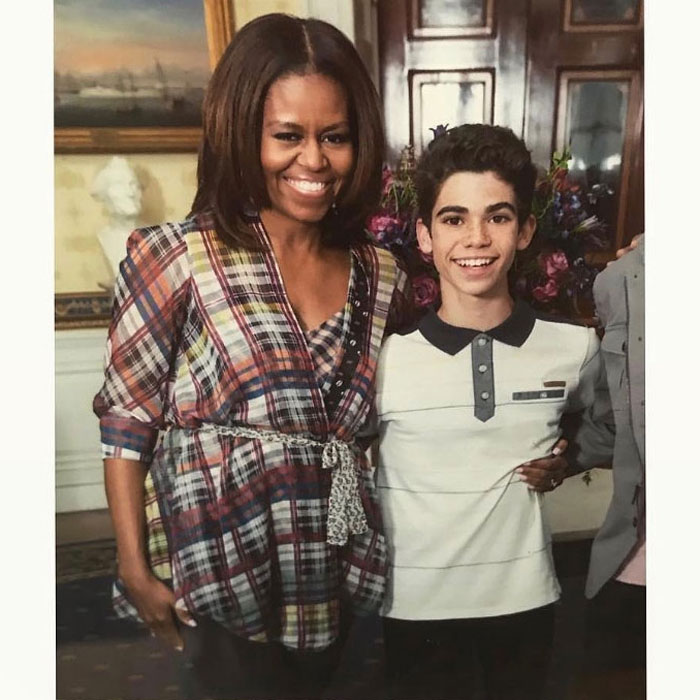 "We’re still trying to navigate our way through this extremely heart wrenching time and continue to ask for privacy so that the family, and all who know and love him can grieve his loss and make arrangements for his funeral – which in itself, is agonizing.”  The Grown Ups star sadly passed away on July 6. Fellow stars and members of the entertainment world have shared their thoughts on the tragic news. On Tuesday, former First Lady Michelle Obama dedicated a post to him.

MORE: Cameron Boyce's father speaks out about the 'nightmare' of his son's death

“I was lucky enough to share a few moments with Cameron Boyce — on set, at the White House, and on a service project—enough time to recognize that not only did he have incredible talent, but also an incredible heart,” Michelle wrote next to a photo of her and the actor. “Sending out a lot of love and hugs to his family, friends, and his many, many fans.” Cameron’s Descendants co-star Dove Cameron also posted an emotional video. 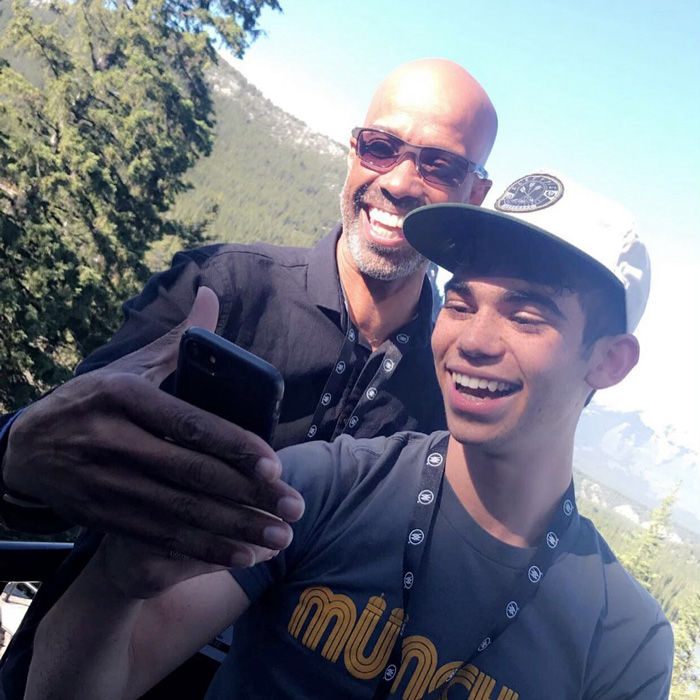 Cameron's family confirmed that he suffered from epilepsy

MORE: Cameron Boyce said he wanted to be a "difference maker" in his last interview

“Over the last six years, since he was only 14, Cameron talked me down from countless ledges, talked me through eating disorders, helped me out of a dark relationship and through endless break downs,” she said in the emotional video. “I can't count the amount of times on my hands we ruined something because we couldn't stop making each other laugh.” Final funeral arrangements for the star have not been shared by the family.