It's no surprise Jennifer Lopez and Alex Rodriguez showed up looking gorgeous at the 2019 Met Gala. The Met Gala is, after all, the event where they made their iconic red pink carpet debut. This year, they once again dazzled the cameras (and the world) with their ultra-luxe outfits, but they also broke some rules. The couple straight up breached the cardinal rule at the star-studded event by taking a selfie inside the party. 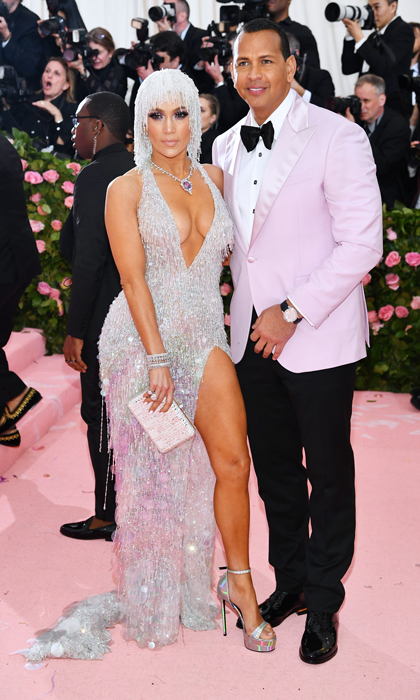 So here's the deal: Vogue editor-in-chief Anna Wintour created this no cellphone rule because she's described as an "old-school traditionalist" who prefers to talk rather than text. As former Met Ball planner Sylvana Durrett puts it, “she likes a dinner party where people are actually speaking to each other.” Of course, there's still the occasional selfie that will leak (see every Met Gala bathroom selfie ever), but extreme cell phone usage is rare inside.

MORE: Jennifer Lopez and Alex Rodriguez astound at the iconic spot where they made their red carpet debut

However, this rule did not stop JLo and A-Rod from taking the opportunity to take a selfie with A-list friends Kim Kardashian and Kanye West. They couple were spotted posing with Kim and Kanye in front of a wall covered in pink roses. The Medicine singer looked stunning in a silver Versace gown, while her fiancé rocked a pink and black suit that featured an oversized bowtie. 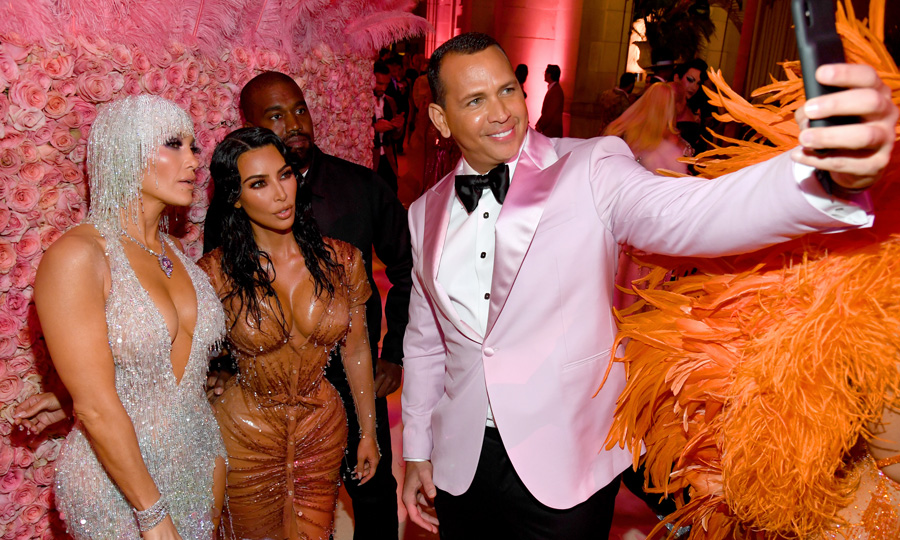 JLo has previously opened up about the Met Gala experience with A-Rod. “We had a great time that night,” she shared about the first time they attended together in 2017. “We had an amazing time. We went in, we danced. It was awesome.”