It’s been two years since Jennifer Lopez and Alex Rodriguez made their official red carpet debut. The couple first appeared on the iconic steps of fashion’s most notorious event, the Met Gala at the Metropolitan Museum of Art back in 2017. And tonight, JLo and Alex made a comeback as an engaged pair. This year, the soon to be Mr and Mrs appeared as members of the host committee for this year’s theme, Camp: Notes on Fashion. The stylish pair took note of the go-big-or-go-home affair and dressed to impress for the prestigious invitation-only event. 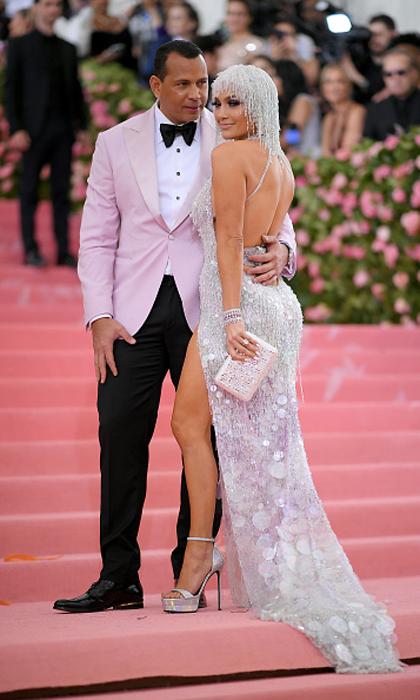 'Save the best for last!' is one expression that fits this pair, as they were one of the last to show up at the Met, and their look did not disappoint!

The World of Dance judge stunned in a gorgeous, glimmering Versace gown. Meanwhile, her beau rocked a pink and black suit with a big black bowtie.

Previously, the 49-year-old star opened up about their first Met Gala and on how her fiancé has all the dance moves. “We had a great time that night,” she said. “We had an amazing time. We went in; we danced. It was awesome,” the Medicine singer continued. “He’s a good dancer. He has a great time. Again, one of the things I love is that he loves to dance and I love to dance.” 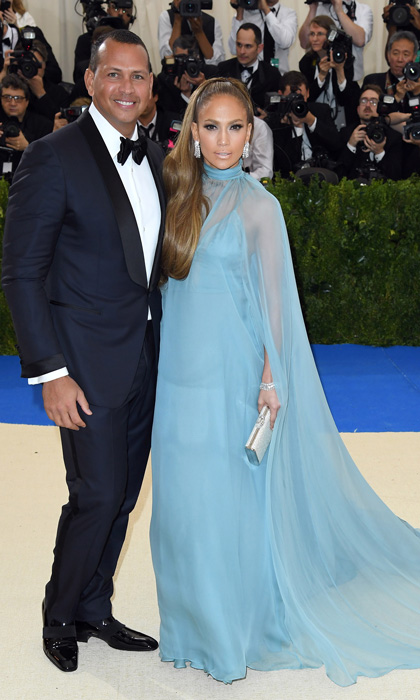 Since their red carpet debut, the lovebirds have appeared together at numerous events. This year, A-Rod attended the Oscars for the very first time with his lady. The former Yankee was anxiously looking forward to the annual event, and even made a get-ready-with-me video of his day leading up to the star-studded evening. 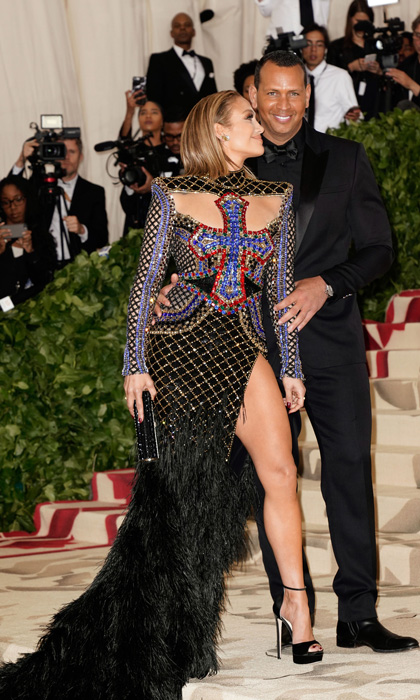 MORE: Jennifer Lopez and Alex Rodriguez have an important job at this year's Met Gala

“No matter what industry you’re in, whether you’re a stockbroker, a lawyer, driving a bus or Uber driver, a nurse...it doesn’t matter, you still want to be best in class. You still want to go out and do things with incredible passion,” he said to the camera filming his every step ahead of the glamorous night. “Being in that room tonight at the Oscars reminds me that no matter who you are or where you’re at, you still should strive to be the very best every single day,” he added.