You never know what kind of talent you’re going to run into at the airport! Maluma treated fans to an impromptu performance at an airport in his home country of Medellin, Colombia. The HP singer was walking through the airport, when he heard a band covering his hit Corazón. Not letting the moment pass him by, the 25-year-old jumped on the mic and began to sing. The guitarist and singer of the group were understandably surprised, as crowds gathered to see the show. 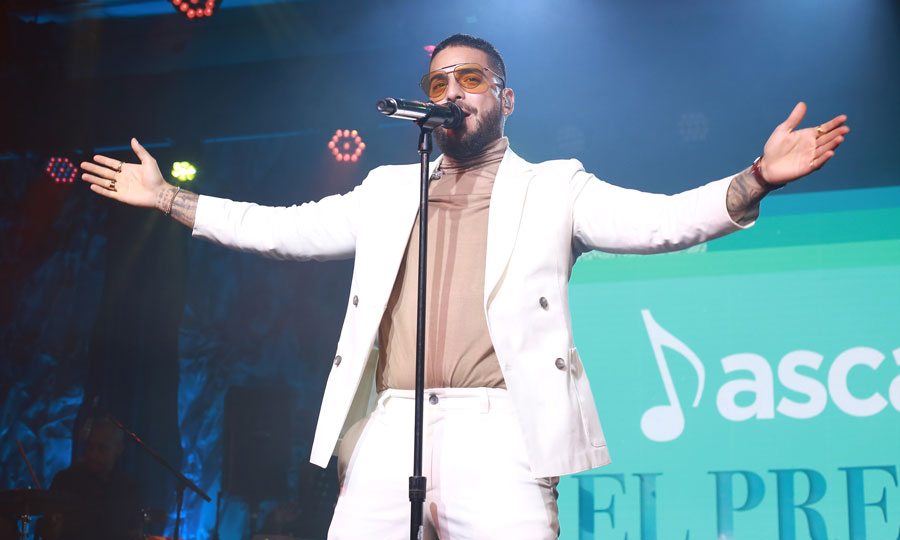 Maluma joined a band in an airport for a performance of his hit Corazón Photo: Getty Images

The video, posted on a fan account dedicated to the singer, shows Maluma decked out in the trendiest airport attire and singing alongside the band, who perfectly harmonized along with him. Although it was just the opening chorus and first verse of the hit, which was released in 2017, it was still a full show.  The Mala Mía singer is back home in Colombia after spending some time stateside. Earlier this month, the singer announced that he will be hitting the road for his 11:11 World Tour.

WHEN FASHION MEETS MUSIC: A look at Maluma's unique style

The show, which will kick off this fall, will come eight months after he underwent surgery on his knee. Along with the tour, fans can expect more music. 11:11 is also the name of the star’s upcoming album. While there is no exact word on a release date, the heartthrob has hinted at some of the collaborations that may make the cut. The El Préstamo singer has shared pictures in the studio with Madonna and legendary producer and BlackEyed Peas front man, Will.i.am.

MORE: Maluma and Natalia pack on the PDA in NYC during a basketball game

Maluma also recently hinted at a collaboration with Becky G. In January, the Felices Los 4 singer opened up to HOLA! USA about his desire to get back to the fans after is long recovery. “I’m working out and trying to get better every day,” he said. “I have my projects. I have my next single. I’m going to do an American tour. Now that I’m recovering, I want to be back in the game as soon as possible, because I miss singing and being on stage.”