Perhaps it's because Valentine's Day was nearing or maybe it's because they're madly in love with each other, but Maluma and his supermodel girlfriend Natalia Barulich had a ~moment~ last night during an NBA game at Madison Square Garden. The insanely attractive couple could not get their hands off each other and naturally didn't care who was looking at them. 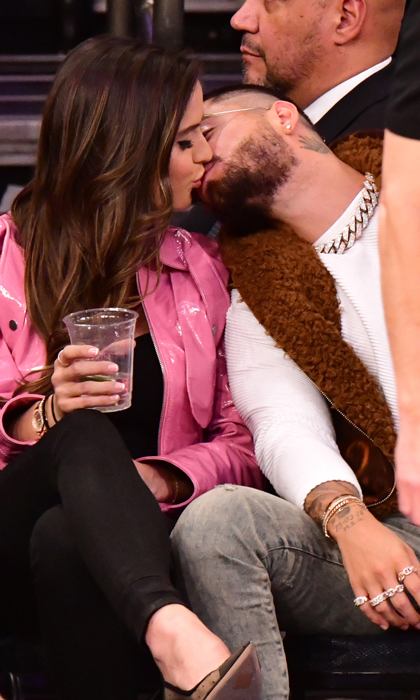 Maluma and his supermodel girlfriend, Natalia Barulich, packed on the PDA during their date night at a basketball game in Madison Square Garden

Maluma and Natalia were sitting front row at the Philadelphia 76ers v New York Knicks game on Wednesday night, but the game was the furthest thing from their minds. They were way too into each other to pay much to attention to the Knicks getting obliterated by the Sixers. They were more focused on each other and with good reason – They both looked super chic. He was wearing a white sweater with a sleeveless fur hoodie, while she looked pretty in black pants and a leather pink jacket.

MORE: Maluma is in love and wants everyone to know - so is marriage in his near future?

During the game, the couple was spotted eating popcorn, taking selfies and kissing each other. Maluma also took to Instagram to capture the moment when the stadium showed him on the big screen. "Mamá estoy Triunfando," he wrote, which translates to "Mom, I'm succeeding." 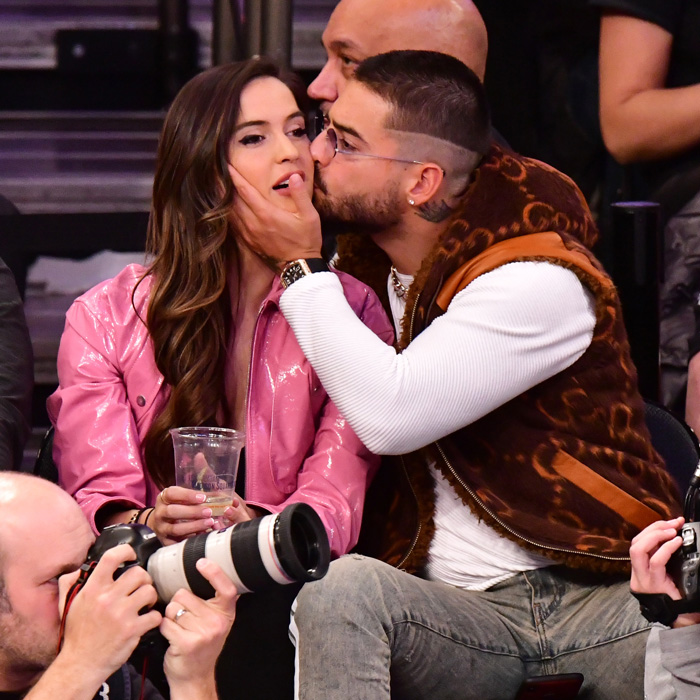 They were spotted eating popcorn, taking selfies and kissing each other all night

The 25-year-old singer previously talked about how much he loves his girlfriend. "Natalia is a very special person for me," he told HOLA! USA. "I love her very much. She came into my life at the right time. It’s the first time people know something about my private life and my relationships – it makes me happy that people know that side of [me]. It’s important that people know I fall in love, suffer, and cry like anyone else." 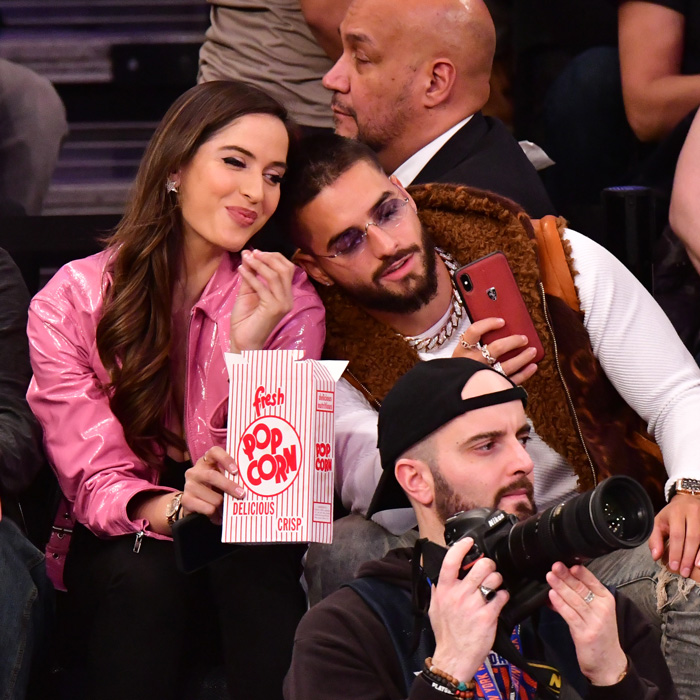 "Natalia is a very special person for me," Maluma previously told HOLA! USA

And if you're wondering about his Valentine's Day plans, expect it to be extremely romantic. "I am very romantic and thoughtful," he shared. "I like to make her feel good. That’s the most important thing. I like to protect her, take care of her, and I’m not jealous at all. I want her to have her freedom, to live her life, do her things. She’s also in a good place in her career, so we support each other."

But don't expect the two to tie the knot anytime soon. "Of course, I want to get married, live in a big hacienda with my horses, have children," he revealed. "But right now that’s not my focus."