President Barack Obama credits his wife First Lady Michelle Obama for being smarter than he is when it comes to the idea of politics. Despite some supporters wanting her to take on a job as President, "Michelle will never run for office," POTUS, 55, said during an interview for the December issue of Rolling Stone magazine, where he graces the cover. "She is as talented a person as I know. You can see the incredible resonance she has with the American people. But I joke that she's too sensible to want to be in politics." 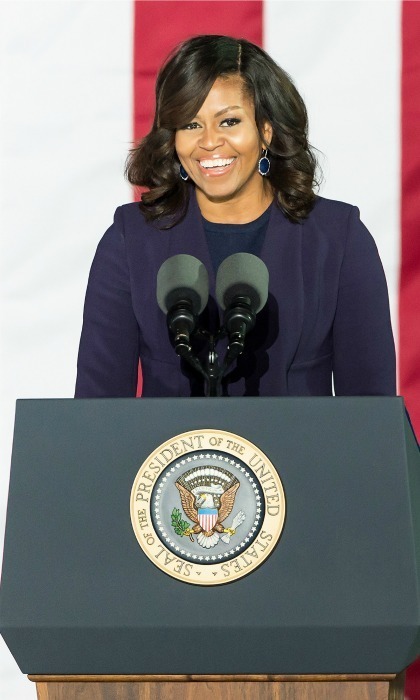 Barack says his wife Michelle is too "sensible" to get into politics Photo: Gilbert Carrasquillo/FilmMagic

The current Commander in Chief, Michelle, 52, and their two daughters Malia, 18, and Sasha,15, will pack their bags and move out of the White House and into a stunning home in Washington D.C. at the end of his two-term presidency in January. And what is President Obama's next order of business? Relaxation.

The Obamas meet with the Trumps at the White House

"You know, I'm gonna sleep for a couple of weeks when I get out of here, take my wife on a well-deserved vacation," he explained. "And I'll spend time in my first year out of office writing a book, and I'm gonna be organizing my presidential center, which is gonna be focused on precisely this issue of how do we train and empower the next generation of leadership."

He says the both he and Michelle intend to stay involved in public service. "So I will continue to be very active, and Michelle is going to continue to be very active – and [on] the very thing that brought us here, which is our belief that when you work with people on the ground at a grassroots level, change happens. When people feel disconnected from the institutions of government, they can swing back and forth in all sorts of ways." 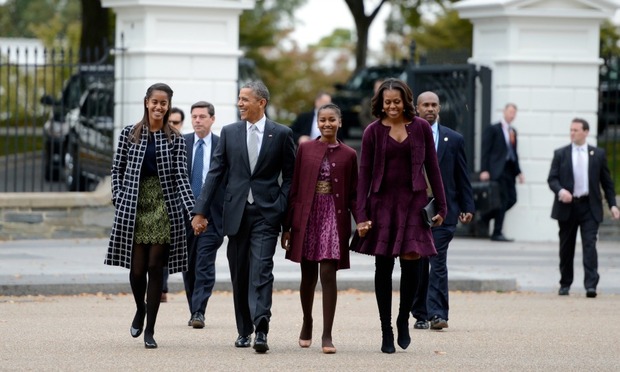 The Obamas' post White House plans include a vacation and – for Michelle – a trip to Target Photo: Shawn Thew / Pool via CNP

While Barack still has politics on the brain, Michelle plans on redirecting her new time out of office differently. “What do I want to do? I want to walk out. I want to open my front door without discussing it with anyone, and I want to walk out that door and just walk," Mrs. Obama told Oprah in June during the United State of Women Summit. "Just want to walk by myself, or with a semblance of feeling like I’m by myself, because that’s what you learn how to do — it’s like, I’m alone with 800 people walking behind me.”

MICHELLE AND BARACK'S LOVE IN QUOTES

The First Lady, who recently welcomed future First Lady Melania Trump to the White House, also plans to immerse herself in some retail therapy. "I want to go to Target again! I’ve heard so many things have changed in Target! I tell my friends they’re going to have to give me a re-entry training for like, okay, what do you do at CVS now? How do you check out?"