North West got the ultimate makeup lesson from her auntie Kylie! On Sunday, Kim Kardashian's three-year-old daughter and her best friend Ryan tried out some of Kylie Jenner's lip kits, while the makeup maven recorded it on Snapchat.

"They're putting on my lip kits," Kylie, 19, said in one of the snaps before applying the dark black shade on her niece's lips. When she was done with the makeup session, Kylie got North's seal of approval. 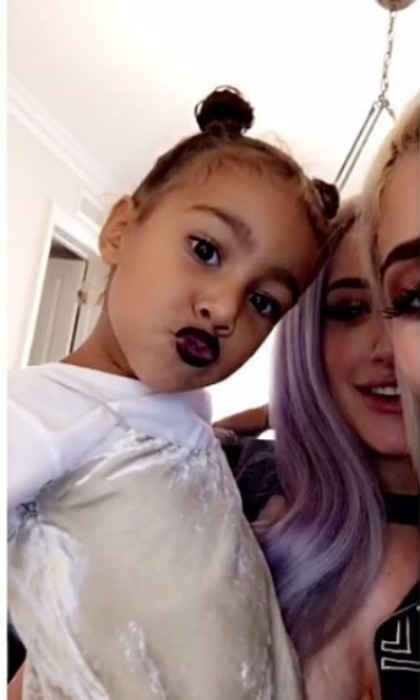 "Do you like it," she asked in another snap before an excited North exclaimed, "Yahhh."

This isn't the first time North has gotten her hands on makeup. In a series of videos posted on her mother's Snapchat story in March, Kim revealed that North loves to play with makeup and give makeovers. "Poor new little Kitty," Kim is heard saying in the video. "Just got a new makeover – all North's little makeup. She thinks she's a makeup artist."

ALL THE DETAILS BEHIND KIM KARDASHIAN'S PARIS ROBBERY

On hand to celebrate with Kylie, King and Tyga were Kylie's sisters Kourtney Kardashian and Kendall Jenner. Kylie also posed for a photo with her father Caitlyn Jenner, while her mother Kris Jenner rode the ferris wheel with North, Ryan and Kourtney's daughter Penelope during the spectacular event. Noticeably absent from the festivities was Kim Kardashian, who has kept a low profile since her armed robbery in Paris earlier this month and Rob. 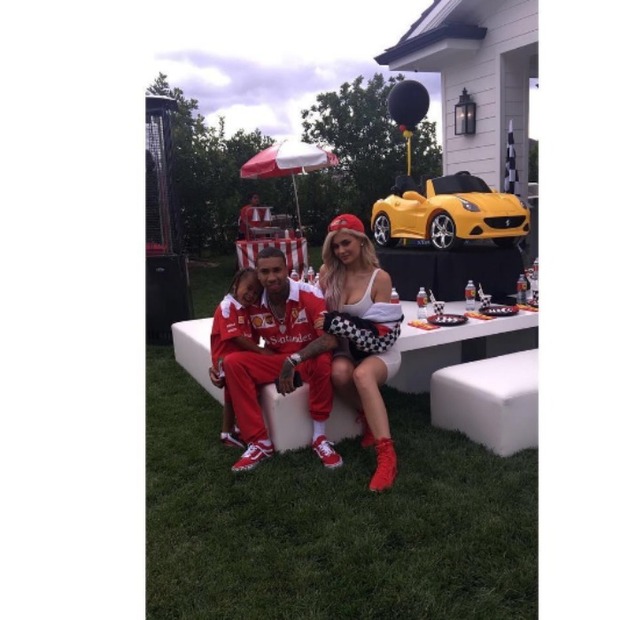 Although he wasn't in attendance at Sunday's party, Rob took to his Instagram to wish his future stepson a happy birthday. "HAPPY BIRTHDAY KING‼️ THANK YOU for letting me see what a great Mama you got! That was the first thing I fell in love with, The way she Loves FOR You is something I can't wait for ! Can't wait for the bond I'm going to have with my daughter so Thank You King for allowing me to see that! Everybody Loves You! HAPPY BIRTHDAY WOOHOOOOOO TURN UP ! GO DODGERS," the post read.

On Saturday, Blac Chyna, who is expecting a baby girl with Rob next month, threw King's first Ferrari-themed bash complete with a taco grill, Lego building station, a lemonade stand and a giant race car slide. Rob's mother Kris Jenner was the only one from his family to make it to the bash.