A very Happy Chanukah from Adam Sandler. The comedian rang in the holidays early with an updated version of his infamous melody, "The Chanukah Song.” Adam debuted the fourth rendition of the song, while performing at the Judd Apatow & Friends event at Carnegie Hall last month. The 49-year-old released a video of himself singing the tune, which was updated with a new list of celebrities — both fully and partially Jewish.

The updates to the song come 13 years after the last version, Part 3, was released in 2002. Adam first performed the song as a cast member on Saturday Night Live in 1994 singing about celebrities like James Caan, Paul Newman and Goldie Hawn. 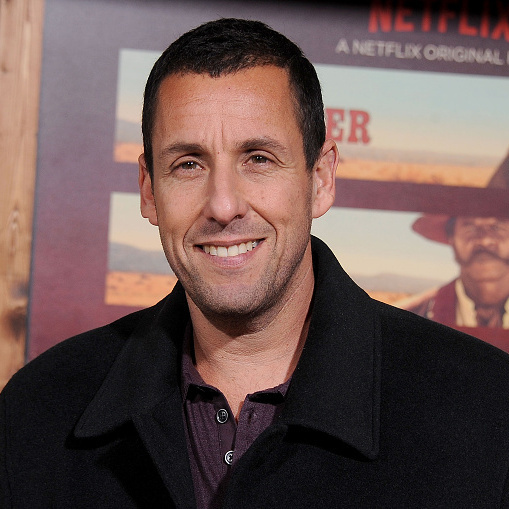 The Grown Ups actor begins his 2015 version with: “Here’s the fourth list of people who are Jewish, just like Jesus, Olaf, Punky Brewster, Scott Rudin, and me!” This year, “Jewish star” Adam Levine made the cut along with actor Joseph Gordon-Levitt and “Kosher crush” Scarlett Johansson.

Some of the most notable lines from the novelty song include: “Joseph Gordon-Levitt enjoys eating kugel / So does Stan Lee, Jake Gylleenhaal, and the two guys who founded Google.”

While Adam points out fully Jewish stars, he also distinguishes those who are only half Jewish like actor Shia LaBeouf. He sang, “Ron Jeremy is fully Jewish and so is his foot-long buddy / Shia LaBeouf is half a Jew but 100 percent nutty.”

Also joining in on the holiday fun are fictional characters like Princess Leia, who according to Adam, cuts the challah with Frozen’s Queen Elsa. Harry Potter also gets a notable mention in the song’s chorus: "Put on your yarmulke, it’s time for Chanukah /Harry Potter and his magic wand-ukah, celebrate Chanukah.” Watch Adam perform the song below and get ready to celebrate Chanukah!