Like his famous character Don Draper, Jon Hamm has secretly been battling an alcohol abuse problem. The Mad Men star has completed a 30-day stint in a treatment center for alcohol abuse, his rep confirmed Tuesday.

"With the support of his longtime partner Jennifer Westfeldt, Jon Hamm recently completed treatment for his struggle with alcohol addiction," publicist Annett Wolf said in a statement. "They have asked for privacy and sensitivity going forward." 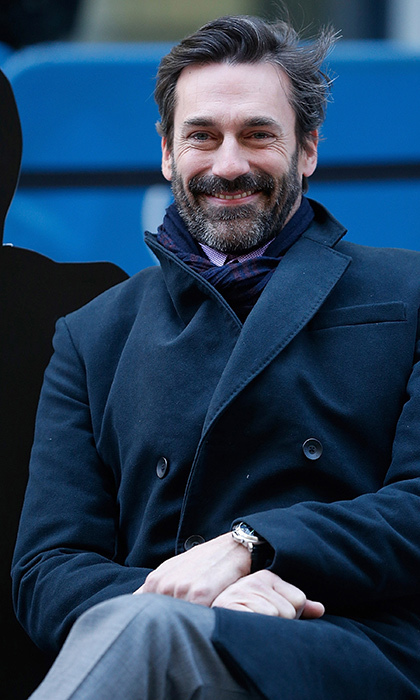 The actor, 44, was spotted at LAX airport the day of the announcement looking happy and healthy in a black coat, cardigan, grey pants and black boots. He still was maintaining his bearded look that he showed off on the red carpet over the weekend. 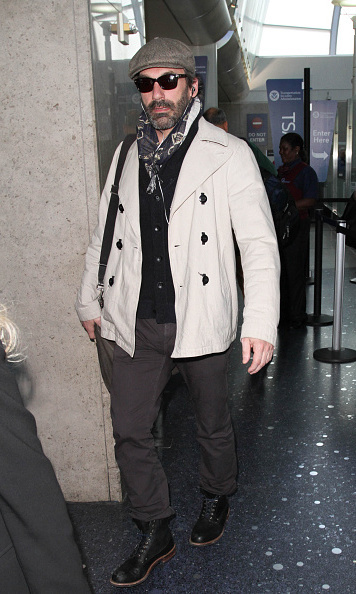 In an interview with People magazine last year, Jon opened up about avoiding the pitfalls of fame. "There were a couple of years I was living on $5,000, so that's a pretty effective way to avoid that," he said of barely being able to pay his rent, let alone hit the party circuit.

"I was never into the club scene. I have a couple of friends who ran clubs and they'll call and say, 'Come out!'. And I’ll go and say, 'Oh yeah, I forgot, I don't like this. I feel like everybody's uncle or grandfather. I'm too old!'" 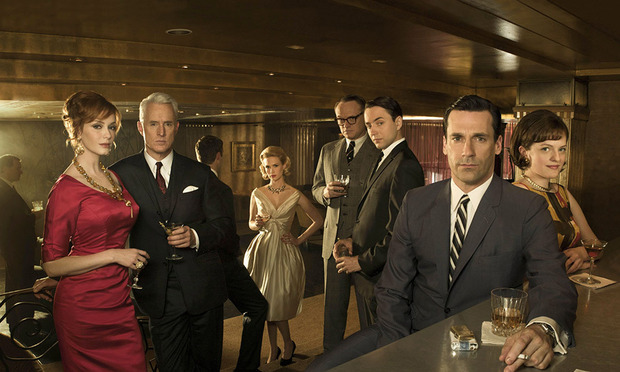 Jon's role as the troubled advertising executive with drinking problems of his own, which he has played for seven seasons, has brought the star repeated Emmy nominations and seen his profile dramatically rise. But, he previously stressed the differences between his own life and that of his Mad Men character. "I'm not that method," he said during a 2013 interview with the Observer. "I am very cognizant that I am playing a character. Don Draper is a pretty dismal, despicable guy, so why I would want to take him home with me I don't know."

The disclosure of Jon's stint in rehab comes ahead of Mad Men's final season premiere at the start of April and after he walked the red carpet Sunday looking his dapper self.