It was mixed feelings for the cast of Mad Men on Sunday night as the handsome bunch came out to celebrate the screening of their final season. January Jones, John Slattery, Jon Hamm , Elisabeth Moss and Christina Hendricks all looked stunning as they excitedly posed for photos together at the Museum of Modern Art in New York, although it sadly marked one of their final appearances as a group. 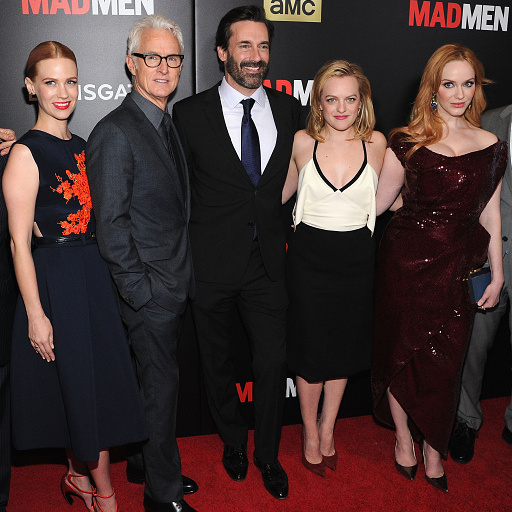 Christina Hendricks turned heads as always, showing off her curves in a shimmering red sequined off-the-shoulder dress reminiscent of cartoon character Jessica Rabbit. She paired the outfit with patent leather heels and a blue clutch. The 39-year-old debuted a new look showing off her strawberry blonde locks instead of her typical deep red hue. The actress arrived with actor husband Geoffrey Arend, who wore a dark grey suit and patterned light blue tie. 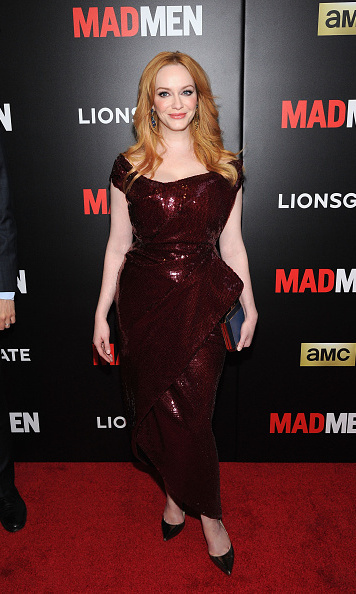 Christina was not the only star from the hit AMC drama to dazzle on the red carpet. January Jones rocked a navy strapless midi-dress with orange floral detailing and paired it with orange heels. The 37-year-old kept her blonde hair slicked back into a chic ponytail and added another pop of color with bright red lipstick. 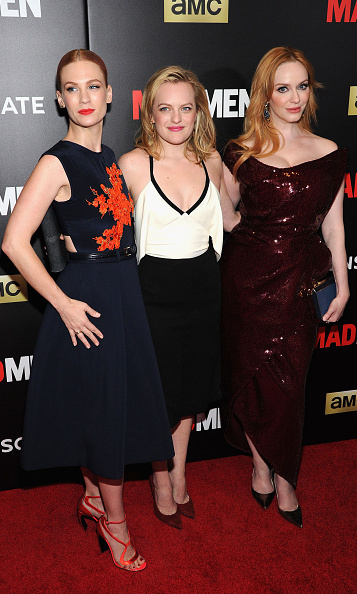 Meanwhile, Elisabeth Moss chose a classic black and white ensemble — a low-cut dress and red suede pumps. And although she's not part of the cast, model Coco Rocha came out to the event wearing a tight black sleeveless dress that showed off her best accessory: her baby bump! The 26-year-old showed off her imitation of main character Don Draper to her over 900,000 followers on Instagram.

Doing my best #DonDraper at the #MadMen screening hosted by the MOMA tonight. The end of an era!

One leading lady that was missing from the event was Jessica Paré, who welcomed her first child with husband John Kastner on March 21. The Canadian actress announced the arrival via her Instagram account.

But it wasn't just the women who dazzled on the red carpet. Jon Hamm looked handsome in a black suit with matching patent leather shoes, a crisp white shirt and dark blue tie. His bearded look was a certainly the opposite of how his character Don Draper would have shown up to an event. John Slattery, on the other hand, looked like a modern day version of his character Roger Sterling wearing a black suit, grey shirt and patent leather dress shoes. 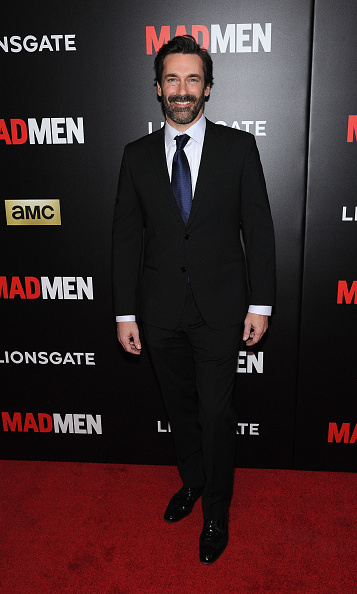 Also in attendance were stars like Kelly Rutherford, Andy Cohen, Katie Couric and Gayle King who came out to catch a peek at season 7: part two.

As the series comes to an end, the cast will help to unveil a sculpture honoring the show Monday outside Manhattan's Time & Life Building, where the fictional ad agency in the show is headquartered.

Mad Men is currently in its seventh and final season, and its last last seven episodes set to air on AMC on April 5.

Check out all the looks by clicking the image below: 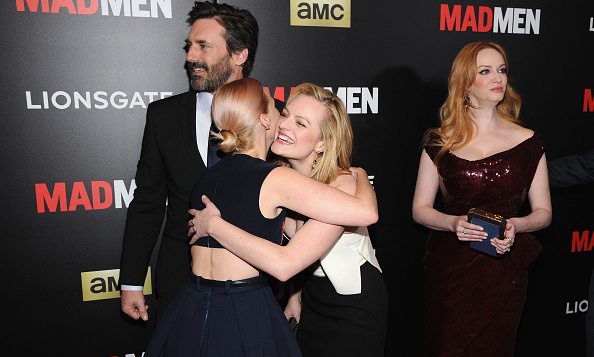