Meghan Markle is remembering Peter Lindbergh. The renowned photographer passed away on Tuesday, September 3. He was 74. To pay tribute to the late photographer, the Duchess of Sussex shared a personal photo of herself with Peter. “Honouring the life and work of photographer Peter Lindbergh. His work is revered globally for capturing the essence of a subject and promoting healthy ideals of beauty, eschewing photoshopping, and preferring natural beauty with minimal makeup,” the post was captioned. 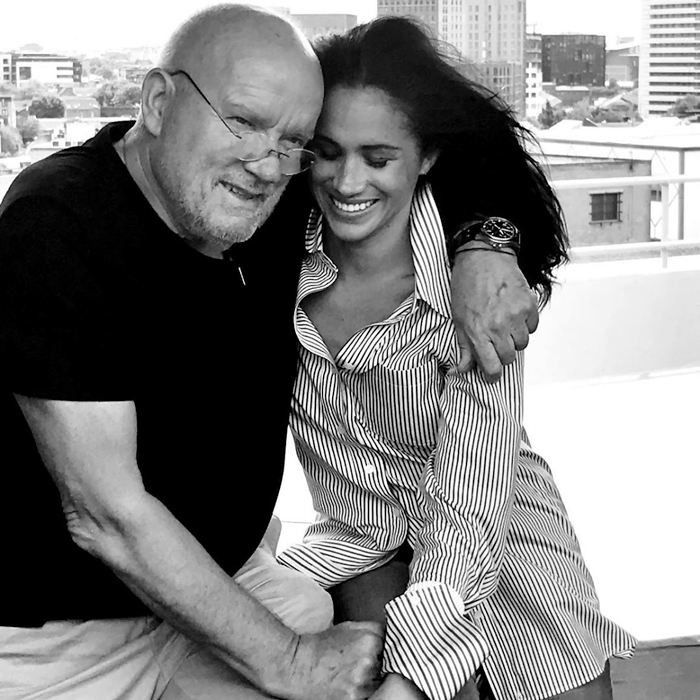 “The Duchess of Sussex had worked with Peter in the past and personally chose him to shoot the 15 women on the cover for the September issue of British Vogue, which she guest edited. There is no other photographer she considered to bring this meaningful project to life,” the post continued. “’Forces for Change’ was the one of the esteemed photographer’s final published projects. He will be deeply missed.”

Aside from photographing the inspiring faces hand-picked by Meghan for the cover of British Vogue’s September issue, Peter also snapped the Suits alum for her 2017 Vanity Fair cover. It’s likely the image the Duchess shared of herself with Peter was taken on the set of that shoot two years ago. In her cover interview, Meghan told VF, that she was “thrilled to work with Peter because he rarely retouches and he believes in such little makeup. I gave him a big hug and said, ‘I am so excited to work with you because I know we will finally be able to see my freckles!’” 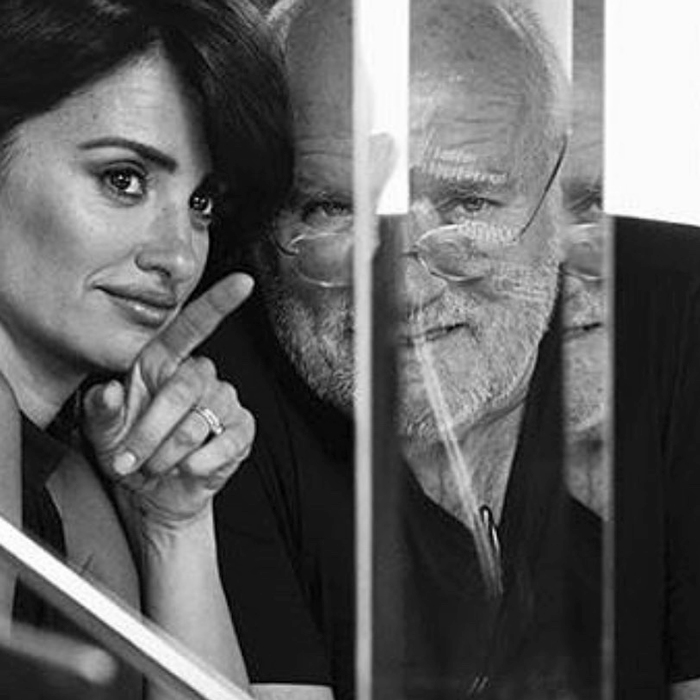 Meghan isn’t the only famous face to honor the late photographer. Oscar-winning actress Penélope Cruz also posted a tribute for her “dear friend” writing, “You were always so kind to me,my dear Peter..We shared so many magical moments together. We will miss your genius talent, your unique sense of humor and your big heart. Rest In Peace, my dear friend.” Meanwhile, Salma Hayek wrote, “Dear Peter, your laughter will echo in my mind forever. Rest in peace. 🌹.” Antonio Banderas also remembered the late fashion photographer, writing, "Goodbye Peter Lindbergh, big master of everlasting moments. RIP." 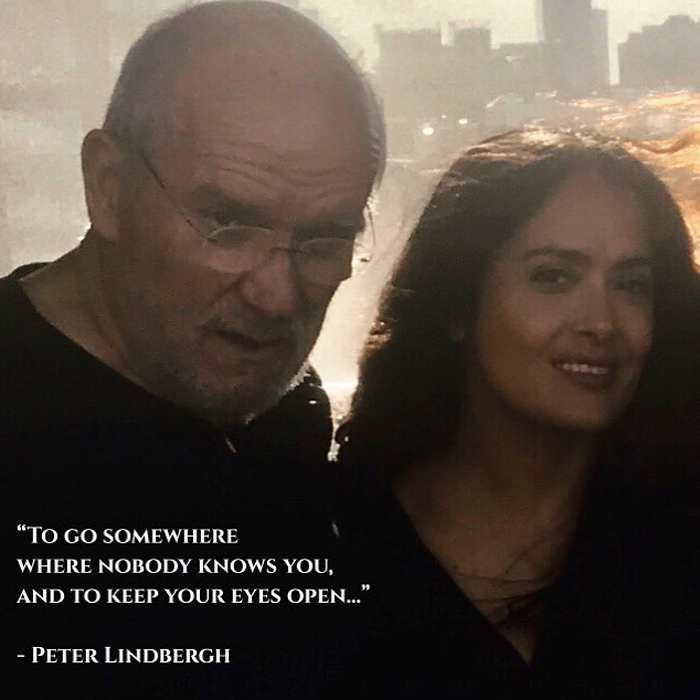 Over the course of his career, Peter shot some of the most iconic supermodels, including Cindy Crawford. “When @therealpeterlindbergh shoots, it’s about the women. It’s not about the hair, makeup, or styling, really. He had a way of turning your imperfections into something unique and beautiful... and his images will always be timeless. you will be so missed Peter. I’m honored to have known you and worked with you ❤️” Cindy penned on social media. Adriana Lima was heartbroken to learn about the photographer's death. She wrote on Wednesday, September 4, “Waking up with the saddest news today @therealpeterlindbergh is not here with us anymore💔 RIP 💔.”