Royal style is something every fashionista craves, especially when a delicious design is worn repeatedly across the kingdoms. Princess Charlene of Monaco donned just that brand of style as she attended her country’s glittering Red Cross Gala on the evening of Friday, July 26 at Monte-Carlo Sporting. For the annual event's 71st edition, she turned heads in a vivid green Marchesa Notte dress that featured the royally-approved caped silhouette we’ve had our eyes on for quite some time. As you may recall, Queen Letizia of Spain and Britain’s dazzling Duchesses - Kate Middleton and Meghan Markle - have all been spotted in this elegant look for their own fabulous engagements!

Read on to see how her look fared at the club! 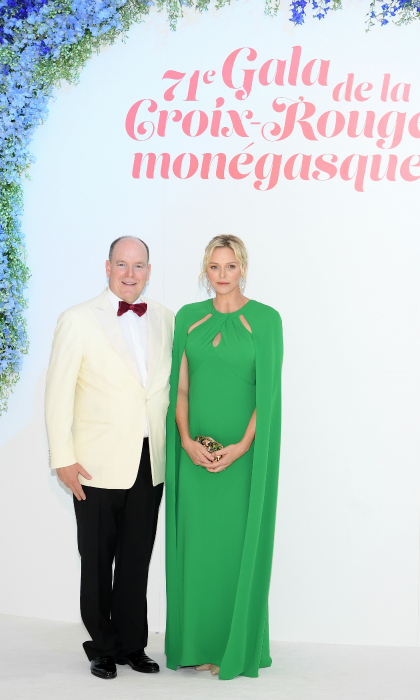 For the lavish affair, the princess sported wavy beach-curled hair by beloved hairdresser Stephane Madinier, who memorably styled her hair for her royal wedding back in 2011. Meanwhile, makeup artist Rubi Long was responsible for the 41-year-old’s natural glowing skin and peachy nude lip. As for accessories, Charlene chose to rewear her stunning Repossi drop earrings, which are accented by large statement pearls, and carry a gold and green bedazzled clutch.

Caped crusaders! Queen Letizia and Meghan Markle are two other royals who love the trend

Of course, it was her bold and flowing cape dress that stole the show with its teardrop accents. Styled up Charlene presided over the fundraiser with her love Prince Albert, who turned up in equally fun formal wear: an off-white tuxedo embellished by a burgundy bowtie. Gabriella and Jacques’ parents seemed to enjoy a night out at the high society affair which was attended by several prominent figures. 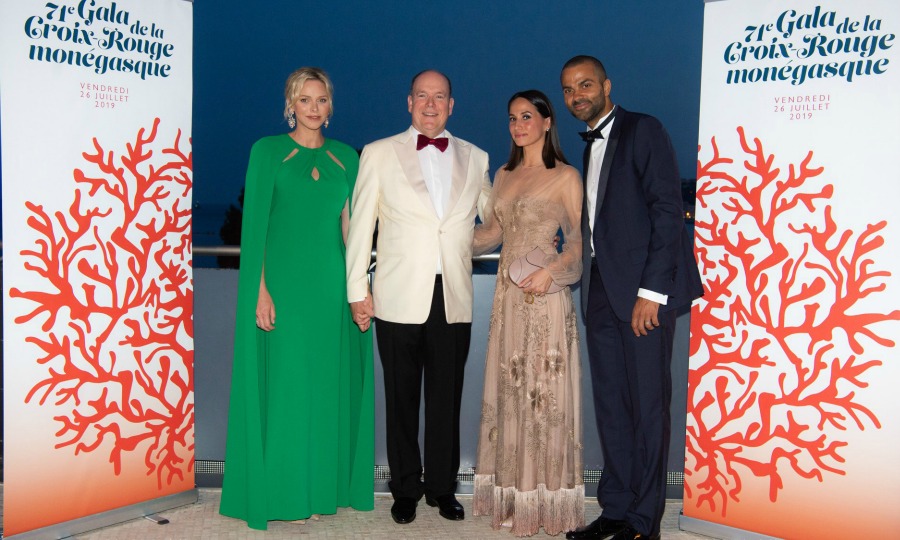 Notable attendees to enter the floral-decorated ballroom included Eva Longoria’s ex-husband Tony Parker, who arrived with his journalist love Axelle Francine. All eyes were also on John Legend, who provided some of the night's entertainment. Grace Kelly’s son and his lady love Charlene particularly appeared to love the music and thrive on the dance floor as they whirled around and kissed centerstage. 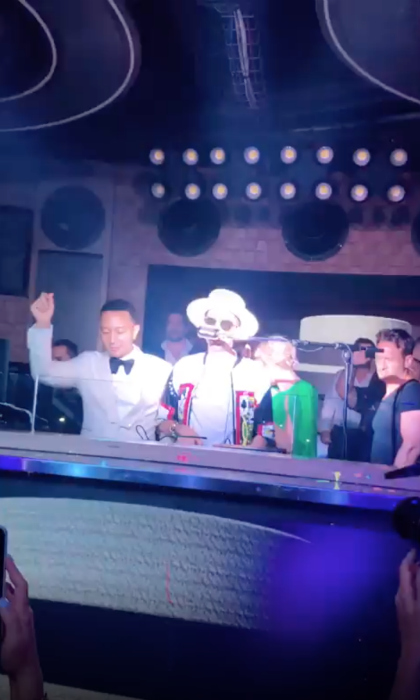 We see you, Princess DJ!

After the couple's tender moment, Charlene sought out a more sizzling dance enivronment. She found her solace at upscale hotspot Jimmy'z Monte Carlo, where DJ Cassidy was spinning. John Legend joined the green goddess and Cassidy behind the DJ station, as the crowd went wild. Charlene's cape number transitioned from elegant eveningwear to dance diva dress as she grooved to the beat.